Priscilla Presley Opens Up About One Of Her Greatest Fears 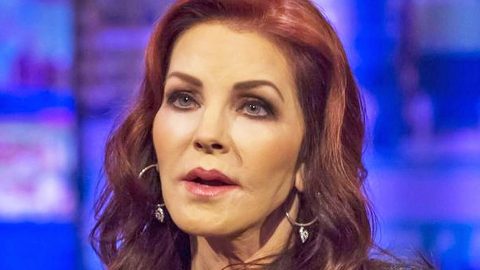 With such an iconic career and countless hit songs, it seems that Elvis has secured his place in history. Generations upon generations have passed their love for his music on to one another, ensuring that his legacy will never die.

But despite Elvis’ seemingly permanent place in hearts and minds of those all around the world, one person is worried that he’ll eventually be forgotten. That person is Elvis’ ex-wife Priscilla Presley, who has worked tirelessly to make sure “The King’s” legacy continues long after his death.

Priscilla played a crucial role in turning Elvis’ home at Graceland into a tourist attraction, and it is now one of the most popular locations to visit in the U.S. Since it opened, millions of people have walked through Elvis’ lavish estate, learning more about his life and music in the process.

That’s just one of the many things Priscilla has done to keep Elvis’ memory alive. She’s also co-produced remastered albums of his songs, titled If I Can Dream and The Wonder of You.

Despite all of her hard work, one of the things Priscilla fears most in life is that people will forgot about Elvis. She made this confession during an interview with The Times of India:

“My fear is that people will forget about Elvis. I feel a responsibility for keeping his legacy alive. You’ll never see his sort of stardom again. He was so authentic and, in lots of ways, innocent. What you saw was what you got.”

We don’t think Priscilla has any reason to worry. Elvis was truly one of a kind, and more than earned his status as one of the greatest superstars in history.

It just doesn’t seem likely that anyone will forgot about Elvis any time soon!