Priscilla Presley Recalls The Moment She Fell In Love With Elvis 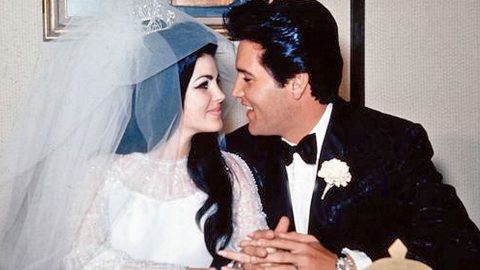 Although Priscilla and Elvis Presley’s marriage lasted just six years, she has worked her entire life keeping his legacy alive. They famously left divorce court hand in hand and she has never spoken ill of her ex-husband in interviews or even her book Elvis and Me.

Priscilla was only 14-years-old when she met Elvis, who was 25 at the time, at a party in Bad Nauheim, Germany. She was living there with her US Navy pilot father and he was stationed there while serving in the US Army.

“I wasn’t a typical teenager,” she explained to The Telegraph. “I mean, I was really very mature for my age, and honestly, when we first met I think Elvis just felt comfortable talking to me.

He was already a super star when he was drafted into the Army with hits like “Heartbreak Hotel” and “Blue Suede Shoes”, but Priscilla was not a huge fan of his.

“I hadn’t even known that he had a fan club, but a friend told me you could join it for 25 cents and so I did, not really knowing what I was going to get for that 25 cents,” she recalls. “I remember flicking through this Elvis magazine when I was twelve to see a picture of him signing his name across a girl’s breasts, and I was appalled! Absolutely appalled! That just seemed so wrong to me.”

Little did she know, just two years later, she would meet and fall in love with The King. A few years after they met, Priscilla moved into Elvis’ Graceland estate and finished high school there.

“I did grow up too fast,” she says quickly – clearly anxious to move on now. “And I was put in very adult situations as a young girl, for sure. But then I learned who I am because of Elvis. I learned so much from his music and how he lived: his fears, his loves and his beliefs became mine as well. So much so that when it ended I really had to find out who I was.”

Although they were divorced in 1972, Priscilla has worked her entire life to keep Elvis’ legacy alive by turning Graceland into a huge tourist attraction, and working with top producers to release last year’s If I Can Dream album. She clearly still loves Elvis very much.

Watch clips from their wedding below.