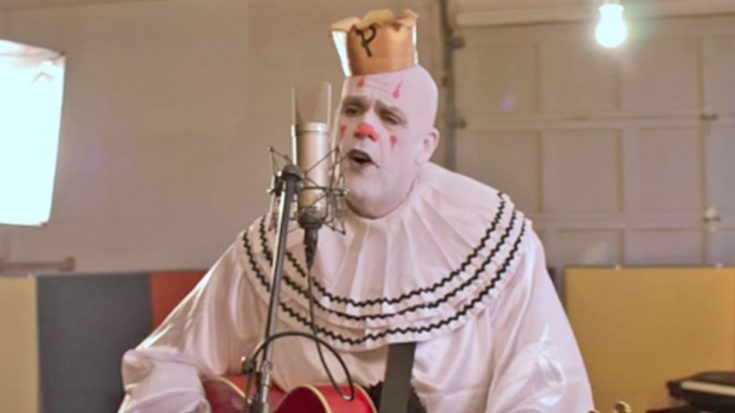 Even before his appearance on the hit television show America’s Got Talent, the sad clown who goes by the name Puddles Pity Party had already won us over. With his unique covers of classic songs, Puddles’ YouTube channel was filled with talent-ridden videos.

While his time on AGT was cut short, he proved that he hasn’t given up the dream by continuing to upload videos on his very popular YouTube channel.

In his latest upload, which is actually a throwback performance, Puddles performed Elvis Presley’s hit song “The Wonder Of You”. In what he calls a “sea sick inducing video,” the cameraman continuously circled around the singer, who stood stationary playing his guitar and singing his eerie version of Presley’s 1970 Top Ten single.

Presley recorded a live version of the song and released it in 1970, and it became one of his most successful records in the UK. In 2016, The Royal Philharmonic Orchestra recorded a series of Presley songs for a compilation album titled The Wonder Of You.

Puddles Pity Party, whose real name is Mike Geier, proves once again that he is as talented and creative as they come. We could watch him perform this song over and over again!

Watch Puddles Pity Party perform “The Wonder Of You” below.