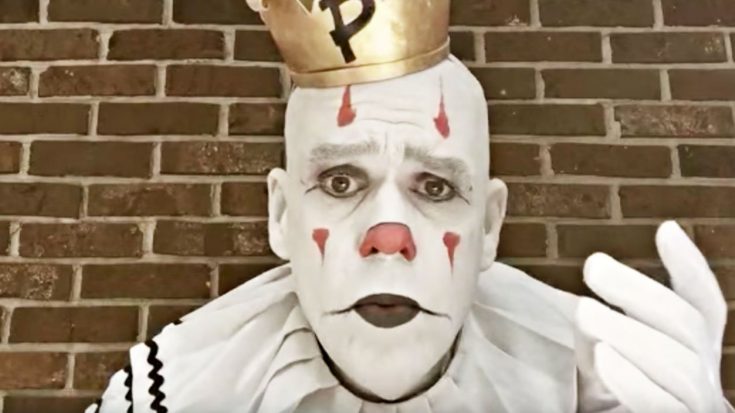 The depressed clown with an undeniable talent for music has struck gold again with this unforgettable performance of a song that country legend Johnny Cash famously recorded as a cover.

Puddles Pity Party gained most recognition after his appearance on the hit television variety competition, America’s Got Talent, and has continued to pursue his dream of performing while uploading fan-requested covers of famous songs to his YouTube channel.

In this unrivaled performance, Puddles pours every bit of his saddened and depressed persona into a mournful, chilling cover of “Hurt.”

Originally recorded by industrial rock band Nine Inch Nails for their 1994 album, “Hurt” became a country favorite when Cash took the song in a different direction for his 2002 album, American IV: The Man Comes Around.

As a testament to the immense popularity of Cash’s cover, the music video earned a Grammy Award for Video of the Year and the single charted in the Top 100 on Billboard’s US Hot Country Songs.

Recorded with an iPad while sitting on a milk crate behind his local Piggly Wiggly, Puddles took the Cash version of the song and slowed it down a bit, aiming to do something different with it – and he certainly did!

Watch this truly impressive performance of “Hurt” by Puddles Pity Party in the video below and let us know what you think in the comments!