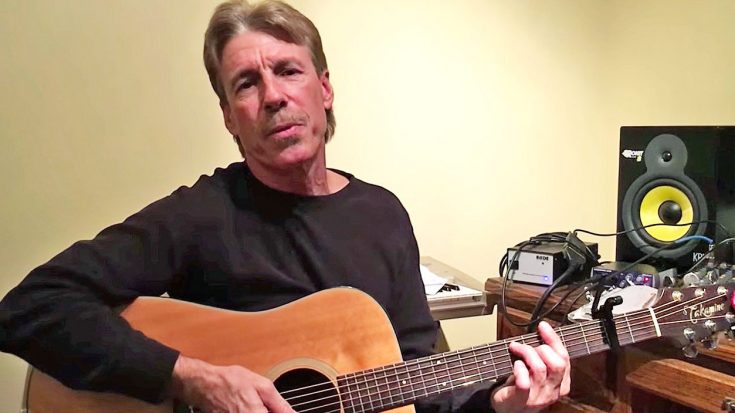 It turns out that Randy Travis isn’t the only member of his family with singing talent!

The “Travis” part of Randy’s stage name plays off of his real last name, Traywick, which is still used by his older brother Ricky. Like his brother, Ricky is also a singer, songwriter, and guitarist. While he’s primarily known for performing country music, he also dabbles in blues from time to time.

Ricky has started uploading some videos to YouTube, and frequently honors Randy by covering his songs. For example, he recorded a particularly moving cover of Randy’s hit song, “Before You Kill Us All.”

Showing off his versatility as an artist, Ricky decided to treat his fans to a gospel performance. The song he picked was “Just a Closer Walk With Thee,” which he called “one of his favorite gospel songs.“

“Just a Closer Walk With Thee” is a traditional gospel song that has been around for many years. As a result, many artists have gone on to perform their own renditions, including country stars. Just a handful of country artists that have recorded the song include Merle Haggard, Loretta Lynn, and Randy.

Since Randy recorded “Just a Closer Walk With Thee” before, it’s no surprise that it’s also a favorite song of Ricky’s. Keeping his performance short and simple, Ricky delivered an upbeat acoustic renditon of the classic gospel tune.

It won’t take long at all for you to fall in love with the sound of Ricky’s voice. He sounds so much like Randy at times that you won’t believe your ears!

Go ahead and tune in below to watch Ricky’s outstanding performance of “Just a Closer Walk With Thee.” What song would you like to hear him sing next?