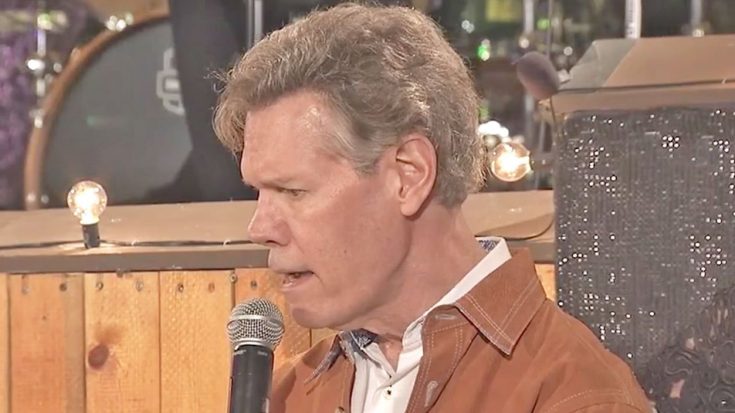 Four years ago, doctors didn’t know if Randy Travis would live, let alone sing. The country music legend has been defying all odds since suffering a debilitating stroke in 2013.

Although sometimes he is wheelchair bound, he has been consistently seen walking with the help of his wife, Mary, or someone else. During this appearance, it was Mary who was helping him to the stage. Travis let cameras from the Fox News affiliate in Fort Worth, Texas to follow him to Lil Red’s Longhorn Saloon, where he was filming a segment for the Penny Gilley Show on RFD-TV.

He was there to perform his hit song “Forever And Ever, Amen.” Travis can’t talk because of the stroke, but he can sing just a little bit every so often.

Mary told Fox 4 News that her husband has not and will not give up getting stronger.

“I think it was one of the Oak Ridge Boys who said God’s not ready for you and the devil don’t want you,” she said. “Fortunate to still be here and still fighting and we hope we can give other people hope.”

He didn’t sing lead on the song, but in the video below, you can watch him sing the final, “Amen.” He’s done this a couple times before, including at the CMA Awards, and it never fails to make us misty-eyed.

Watch the incredible moment below.