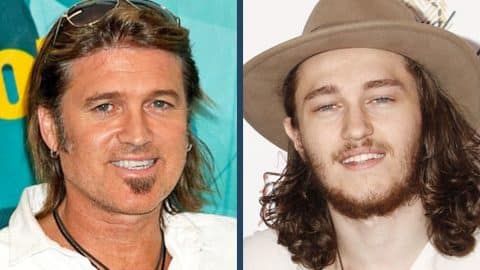 Country singer Billy Ray Cyrus has shared the stage with his children quite a few times. Although he does so mostly with his daughter, Miley, his other kids are quite talented as well.

His eldest son, Trace, was actually the lead singer for the well-known pop-rock band Metro Station and his youngest daughter, Noah, has performed at her fair share of open mic nights. Cyrus even accompanied her on guitar one time.

One of his children who has more or less stayed out of the spotlight is his son Braison, who just happens to be a model and singer.

The father-son duo teamed up during one of Cyrus’ shows at Morongo Casino in Cabazon, California.

They performed an epic version of “Wild Thing” by The Troggs and had the audience cheering and singing along.

The two will reunite for a track on Cyrus’ upcoming album Thin Line, which will be released on September 9. You can preorder the album here on Amazon and here on iTunes.