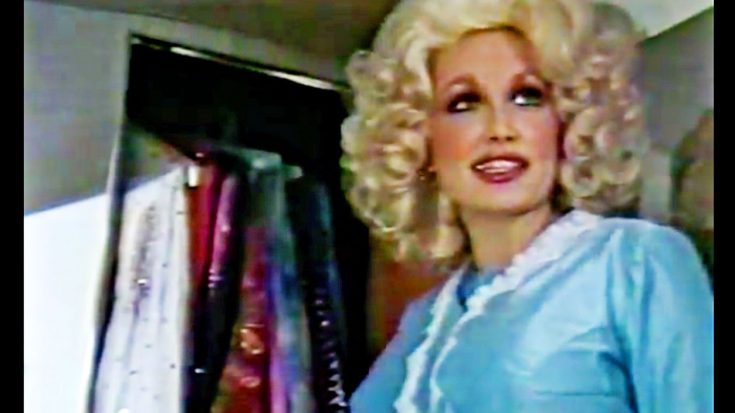 Step inside this totally-70s tour bus that hauled the legendary songstress and her entire band around the country for years while she created some of the biggest hits we’ve come to know and love today.

Dolly Parton has always spoken of her meager beginnings, and while all of that is true, even when she had a 23-room mansion awaiting her in Nashville, she still preferred a pared-down tour accommodation that had Barbara Walters scratching her head.

Sitting down in this 1977 interview with Walters, Parton opened up about her life on tour, her bus, husband, and the intimacy she shared with the people she’s so close to – her bandmates.

This custom-designed tour bus cost Parton a staggering $130,000 more than 40 years ago, which today would be closer to $530,000 and featured enough room for her to have her own bedroom and wash area while also hosting her entire crew.

Walters began asking Parton questions about life on the road, her band’s relationships, and then asked her to describe the bus – but instead of just listing it out, Parton took Walters and the cameras on a grand tour!

Parton’s little room featured a couch that transforms into a full bed, cabinets full of wigs, and three closets – one of which holds all her sparkly and sequined stage clothes.

Watch this unforgettable clip in the video below as a young Parton shows off her magical roadhouse!