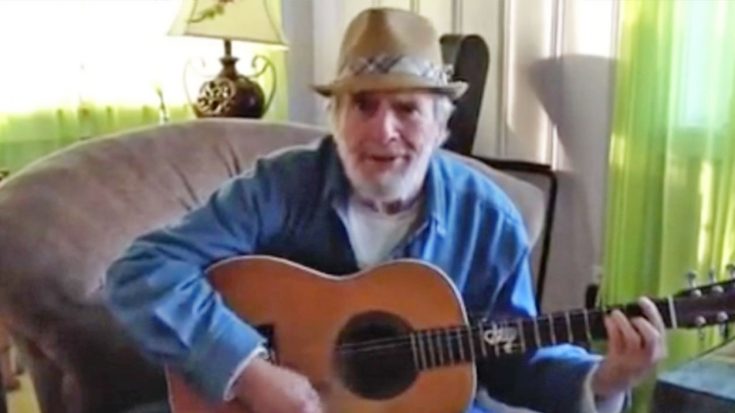 When Merle Haggard passed away on April 6, 2016, his 79th birthday, we lost a legend. His legacy has been kept alive through his music, whether it be other artists covering his songs, his own records, or recordings of him singing other classics.

This particular video, he did two of those things – performed a classic cover and sang his own song! Singing “California Blues,” Haggard sat in his living room and proved that time was the only thing that came and went since he first released the tune.

Haggard performed up until the end of his life, and this video from 2011 proves that he had just as much fire in his belly for music as he did when he was just a young buck emerging on the country scene!

We will forever miss The Hag, especially after watching intimate videos like this. Watch his take on “California Blues” below.