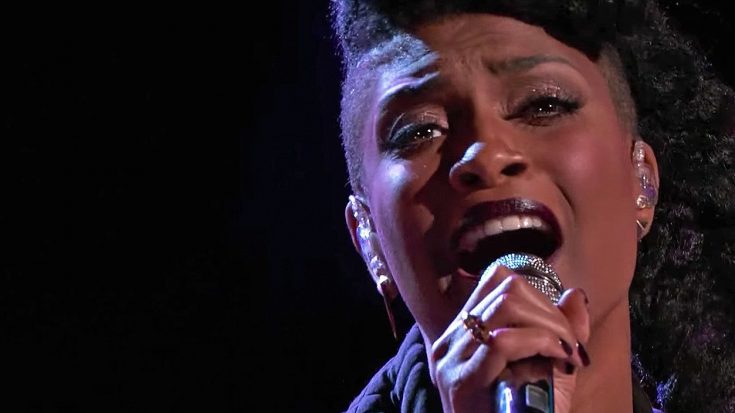 Team Blake member Courtney Harrell gave her audience a chilling performance of a country music hit that expressed the power of blessings and the common logic that everything essentially happens for the greater good. The Rascal Flatts original “Bless The Broken Road” was given an intriguing twist by the singer, evoking a very soulful and incredibly inspiring performance that deeply moved the audience members and coaches.

Harrell flashed her beaming smile as she directed her uplifting message to her viewers, allowing the lyrics to consume her powerful stage presence. The performance, that some viewers called a striking resemblance to the vocal abilities of coach Alicia Keys, was Harrells’ sensational attempt at redemption to be “instantly saved” and dodge the dreaded news of being sent home.

However, despite the talented vocalist’s emotional performance, she was ultimately sent packing along with her fellow Team Blake member Austin Allsup. It was a tough hit for coach Blake Shelton with a loss of two promising contestants, but he thanked his former team members for their talent and the memories he’ll always hold dear.

While we’re sad to see Harrell go, you can still enjoy her beautiful performance and send your words of support.