By Manly Bryant on March 17, 2017
Advertisement 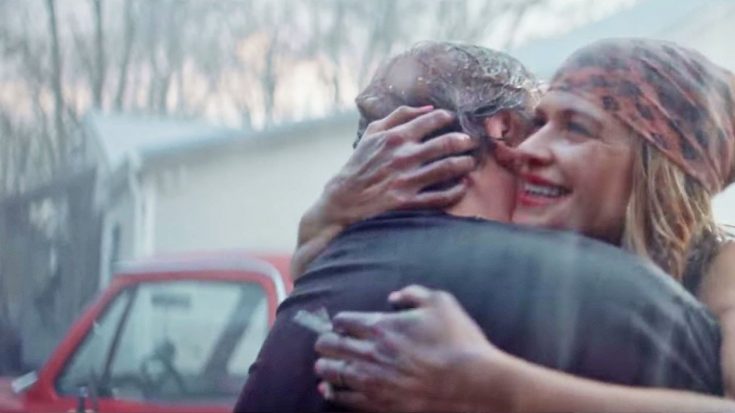 Kicking off as your typical country music video of boy meets girl, the flirty film takes a turn for the shocking that you will never see coming. Rascal Flatts quickly sparked buzz with their new music video for “Yours If You Want It” that tells the tale of an unlikely romance between a waitress named Stacie and a lonely man named Earl.

The story begins with Rascal Flatts frontman Gary LeVox flipping burger in a run down diner humming the chorus of the quick-paced country song, scolded by his boss moments later for his incessant singing. The camera then introduces you to the unlikely lovers who begin a life together seconds after meeting.

The music video takes you on the journey of Stacie and Earl’s whirlwind romance, panning through scene after scene that are seemingly just like every other country music video you’ve seen, which would be true if it wasn’t for the final few moments of the video where it takes a dark turn.

“Yours If You Want It” is featured on the country trio’s album, Back to Us. The video was shot at the Hermitage Cafe in Nashville, where the band had its first ever photoshoot.

You can watch the video for “Yours If You Want It” below.