Reba Honors Kenny Rogers With One Of His Beloved First Hits 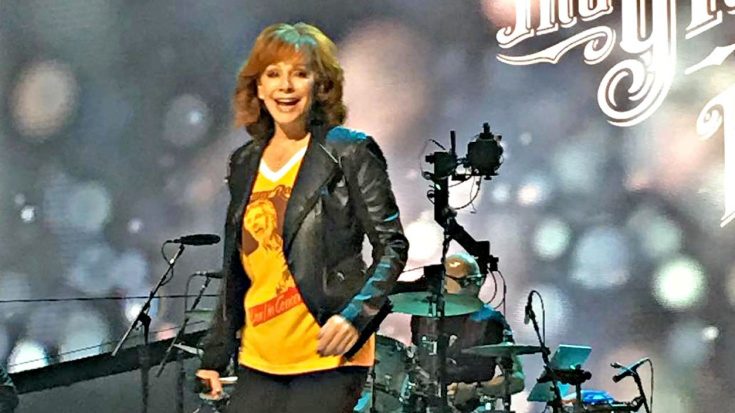 “I’m gonna do one of my favorite Kenny Rogers songs,” she said excitedly to the crowd during this once-in-a-lifetime event.

Reba McEntire had just taken the stage moments earlier and the audience was already pumped for this farewell bid to the one and only Kenny Rogers, but when she announced what song she’d be performing – they roared with excitement!

Picking a song from the earliest reaches of his legacy, Reba settled on one that he crafted into a bonafide hit when he was part of the band called Kenny Rogers and The First Edition back in the late 1960s.

The song, “Reuben James,” was first brought to Rogers’ attention at a golf match when a song pitchman wouldn’t leave him alone and followed him around the greens, singing the song, until he agreed to listen. While “Reuben James” didn’t turn out to be as big of a hit as “Ruby” for the group, it had a big impact on their growing fan base.

In this spirited and upbeat performance of “Reuben James,” Reba pulls out all the stops and gets everyone dancing in their seats to the beat of this country rock hit.

Watch Reba McEntire’s tribute to Kenny Rogers during his All In For The Gambler event in the video below.