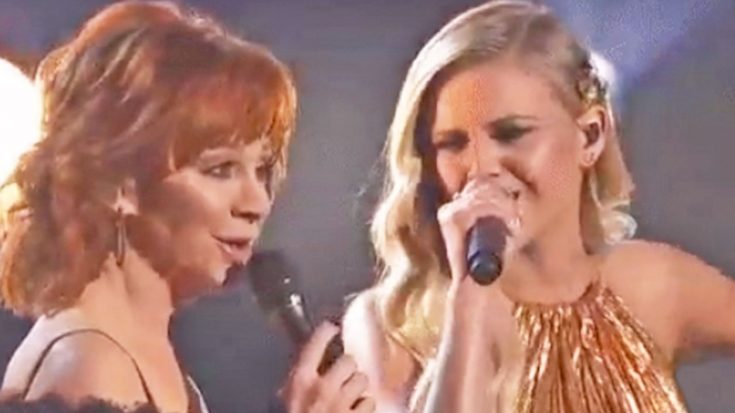 One is up for Female Vocalist of the Year and the other has won the award four times, but both graced the CMA Awards stage together.

Kelsea Ballerini, who was a 2015 nominee for New Artist of the Year, is now a seasoned veteran at country awards shows, especially with the recent release of her sophomore album Unapologetically.

The Country Music Association revealed in an exciting announcement that she would be teaming up with country legend Reba McEntire for an epic duet, but left the rest up to the imagination.

McEntire won the award an unprecedented four times in a row from 1984-1987 and even won Entertainer of the Year in 1986. Her legendary status is well-known by her new duet partner, who, just two days before the performance spoke to Rare Country about the duet.

“To be able to sing ‘Legends’ with a legend, I feel like it’s going to change the whole meaning of the song for me,” she said. “I’m gonna have to go out of my body to do it, because I’m going to be so nervous. I’m excited!”

“Legends” is Ballerini’s first single off Unapologetically, which is currently climbing the country charts at number 23.

Ballerini started the song out solo, looking like a goddess in gold and was joined by McEntire in the second verse. They sang in perfect harmony for the chorus and had the entire audience on their feet by the end of the song.

Watch their “legendary” duet below.