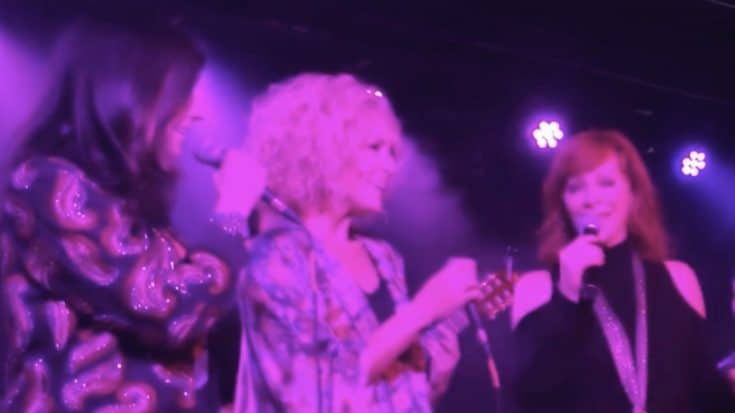 Fans that were in attendance to see The Shadowboxers on a September 2015 evening got the surprise of a lifetime. The women of Little Big Town and country legend Reba McEntire joined them on stage for an impromptu performance of Dolly Parton’s legendary hit “Jolene.”

The artists took to Twitter after the performance, and The Shadowboxers were in awe of what had happened.

Tonight was incredible Nashville. Thank you to @reba @littlebigtown @clarembee and all of our incredible guests tonight. Man. Still reeling.

Even Little Big Town’s Kimberly Schlapman and Karen Fairchild were honored to sing with Reba, as anyone would!

Well, this was amazing. Singing with @reba and @theshadowboxers last night. #jolene pic.twitter.com/395DcCrrNL

We are so jealous of everyone in attendance! “Jolene” is such an iconic song sung by an icon and for other country stars to perform it in such an intimate venue like this had to be a dream come true for any music fan.

Watch the epic collaboration below and let us know what you think of their cover!