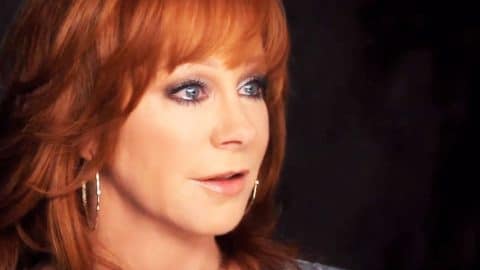 Following the success of her then-most recent hit “Fancy,” Reba McEntire suffered a tremendous loss that became her ‘darkest hour.’

Reba and her band flew to San Diego, California to play in a private concert for an IBM company conference. For 75 minutes, the band delivered a sparkling performance of great country music at the Sheraton Harbor Island Hotel.

Only four hours later, seven of her band members and her tour manager boarded one of the three jets commissioned to take the group to their next tour stop in Fort Wayne, Indiana. Moments after takeoff, at approximately 1:40 a.m. on Saturday March 16th, 1991, the small jet’s wing caught the edge of a rock outcropping on the side of a mountain just a mile north of the Mexican-American border and began cartwheeling at 200 mph until it crashed into the side of the mountain, exploding on impact and killing all on board.

1 of my best friends played for Reba McIntyre, he died in a plane crash, leaving 2 of us that were close, 1 has turned hard right. I'm alone pic.twitter.com/WXhncwaFxA

“By far this is my darkest hour, the most awful thing that ever happened in my life,” Reba told People Magazine just days after the crash. “When you have eight people that you absolutely love and their lives are just wiped out – it’s devastating.”

Immediately after hearing of the crash at approximately 2:00 a.m., Reba’s then-husband, Narvel Blackstock, began to call the families of the band members who perished so that they would not be traumatized by the impending breaking news stories.

On March 16, 1991, @reba McEntire's band died in a plane crash near San Diego, CA after a performance for IBM.

Over two decades after this fateful day in the singer’s history, Reba relives the pain while she retells the story in an interview for Oprah Winfrey. As she speaks about the events of the horrific crash, emotions take hold of the country star and she has to stop multiple times to regain composure.

26 years ago a plane crash outside of San Diego killed 8 members of @reba McEntire's band and crew. #MusicIsLegend pic.twitter.com/sfyUto28Ct

Through the interview, Reba discusses how each person and their family was impacted and how the crash affected her…and taught her an incredibly powerful lesson.

“And the biggest thing that I’ve learned is: Don’t go a day without telling people you love them and do act like this day could be your last one. Do things that are important. Don’t put it off until tomorrow. “

An incredibly inspiring lesson from a woman who has followed her own dream and always encouraged people to follow theirs: Cherish every day.

Watch this beautifully touching and heartbreaking interview in the video below.