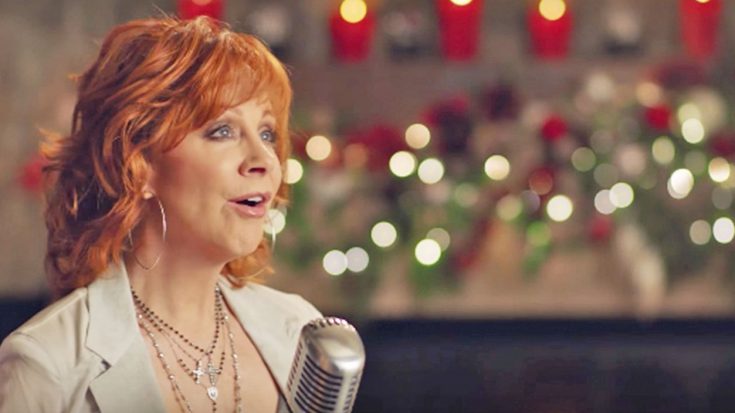 In August 2016, Reba McEntire announced the release of her third Christmas album titled My Kind of Christmas. The album announcement was in conjunction with her brand new retail line called “Rockin’ R by Reba,” which features items designed and inspired by her life including jewelry, Aztec-inspired ponchos, home decor, dinnerware, toys, play sets, and leather bound home goods. Her line and album were sold exclusively at Cracker Barrel locations and online.

Reba's new Christmas CD, MY KIND OF CHRISTMAS, will be available exclusively in Cracker Barrel stores and online at CrackerBarrel.com September 2nd!

My Kind of Christmas was released on September 2, 2016 and features ten tracks of Christmas classics from “Winter Wonderland” to “O Come All Ye Faithful” to “Silent Night.” In 2017, McEntire re-released My Kind of Christmas, but with more songs and this time, it was available to everyone for purchase!

Along with the re-release, McEntire posted performances of almost every song on her YouTube channel.

Accompanied by just a piano, McEntire captured the spirit of Christmas and emphasizes what is really important around the holidays, family, in her performance of “I’ll Be Home For Christmas.”

The iconic song was originally recorded by the magnificent Bing Crosby in 1943.

In the 73 years since its release, it has become a Christmas standard and was originally written about all the people who are unable to be home for Christmas. It’s emotional undertone really tugs at your heartstrings, but that doesn’t stop everyone from singing it at the top of their lungs.

What did you think of her performance of “I’ll Be Home For Christmas”? Let us know in the comments section. Watch her phenomenal performance below.