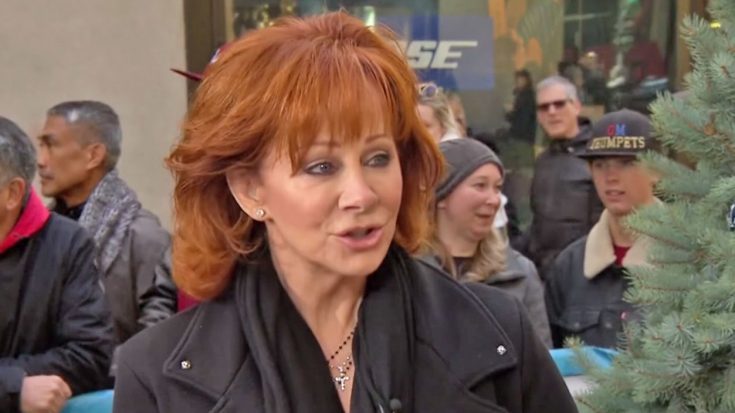 Before handing Brooks his sixth trophy for Entertainer of the Year, McEntire was in the audience for his “Ask Me How I Know” performance that set the Internet ablaze, accusing the superstar of lip-syncing. He quickly set the record straight minutes after winning the ceremony’s most coveted award.

“We made a game-time call on whether to sing to a track or lip-sync. And we decided to lip-sync it,” adding that he was feeling under the weather and was in the middle of 12 shows in ten days. “We decided to lip-sync it because my voice just isn’t going anywhere, and we wanted to represent country music the best we can.”

He drew quite a bit of criticism after his performance. See some of the reactions on Twitter below.

Garth Brooks is lip syncing. Not what entertainers of the year do. #CMAawards

Many country singers have been weighing in, with Miranda Lambert and her boyfriend Anderson East being critics of Brooks, and Blake Shelton and Randy Travis coming to his defense. Another singer, and fellow Entertainer of the Year, has come forward defending Brooks’ game-time decision to lip-sync – Reba McEntire.

“I heard at the CMAs that he did five shows in 50 hours or something like that,” she told Morales and Hoover. “He’s the hardest working man I’ve ever seen in my life. He will not let his fans down. I kinda applaud him for if he did need to lip-sync, he showed up!”

She pointed out that he’s not very good at it, which probably means he doesn’t do it often, and to give him a break!