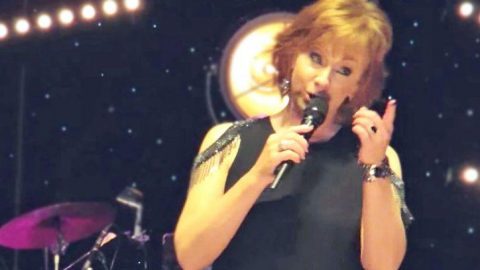 A Country Song At Its Core

In all of music history, few songs have ever been able to match the iconic status obtained by “Me and Bobby McGee.” While most know it as rock legend Janis Joplin’s most recognizable song, “Me and Bobby McGee” actually has country roots.

The song that has gone on to be considered a rock classic was written by none other than country singer-songwriter Kris Kristofferson.

In addition to his singing career, Kristofferson has penned some of the most important songs in country music, including “Sunday Mornin’ Comin’ Down” and “For the Good Times.” Of course, “Me and Bobby McGee” is also considered to be one of his greatest works.

Due to its popularity, “Me and Bobby McGee” has been covered by a whole array of artists. Just a short list of those to offer their take on the tune include the Grateful Dead, Olivia Newton-John, and Johnny Cash.

When it comes to artists who have covered “Me and Bobby McGee” live, the list grows even more immense. Plenty of country stars have thrown the song into their setlists or performed it on special occasions, just as Reba McEntire has done.

On March 16, 2016, some of country music’s biggest names gathered in Nashville’s Bridgestone Arena to pay tribute to Kristofferson’s musical legacy. McEntire was given the honor of singing “Me and Bobby McGee,” and she delivered one show-stopper of a performance.

Kris Joined In Too!

Bringing her signature sense of spunk to her cover, McEntire powered through Kristofferson’s hit tune with unbridled energy. She looked like she was having the time of her life singing up there!

But things got even better once McEntire welcomed Kristofferson to join her so they could sing the rest of the song together.

Sharing a microphone, the two stood close as they belted out the final lyrics of “Me and Bobby McGee.” With big smiles on their faces, McEntire and Kristofferson finished off their duet with a flourish.

This performance is one that is sure to keep you entertained from start to finish. Go ahead and check out the audio clip below.

There’s no denying that McEntire brought the house down with this one!