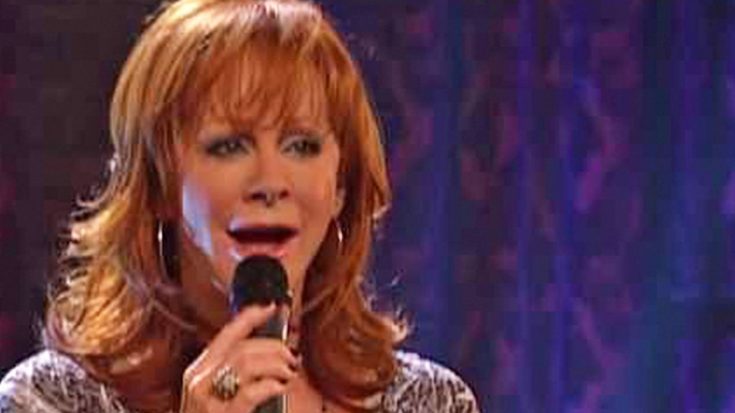 Reba McEntire has been a force to reckon with since her solo music debut in the late 70s, going on to acquire phenomenal recognition and career-lifting awards to make the singer a household name. While the cowgirl released hit after hit, it was her 1986 album titled What Am I Gonna Do About You that contained perhaps one of the most heart-wrenching songs that country music has claimed.

“I Heard Her Crying” captures the heartbreaking story of a troubled marriage in which a mother and father are unable to put their chaotic arguments aside. After one treacherous fight that results in the father walking out, the mother hears her daughter sobbing due to the traumatic words and shouting she has heard. Having been under the impression that her daughter was asleep, the mother’s heart breaks as she learns that her daughter understood ever crude and sharp word that was exchanged.

“I didn’t think she was old enough to know./ Oh Lord we must have hurt her so/ When she begged you not to go./ I heard her crying.”

The song transitions into the mother and father expressing that their love for her hasn’t changed and she is far from the reason for their marital tension. “Now sometimes when we’re angry/ And say things that aren’t true./ We still love each other/ And baby we love you.”

Listen to the song below and tell us what you think!