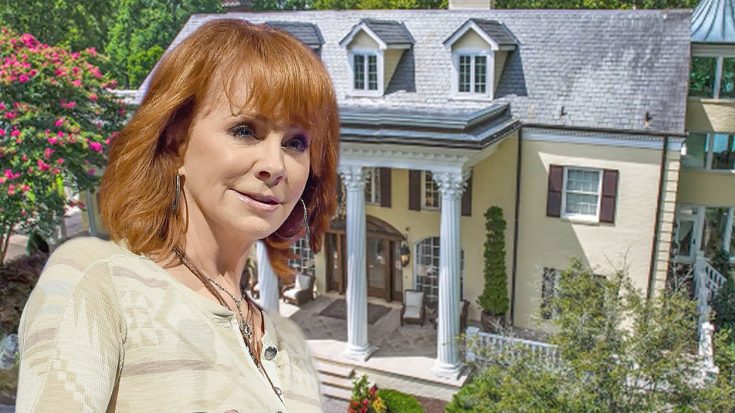 The country superstar’s former home she shared with ex-husband Narvel Blackstock is on the market – again. After closing escrow on July 6, 2017, Paul H. Burch is now the owner of Reba McEntire’s 83-acre Wilson Country, Tennessee estate.

The property was listed for almost $8 million, but was sold to Burch for $5 million, nearly 30% below the asking price. According to The Tennessean, Burch was planning on building 15 homes on the property with each home getting about an acre to 1.83 acres each.

A new report from The Tennessean reveals that his plan was recently approved by the Wilson Country Planning Commission.

Fiona King, an agent with Worth Enterprises, told The Tennessean that a 10-acre section of the property, which includes McEntire’s former farmhouse will be put back on the market for $2.95 million dollars after Labor Day weekend.

Would you pay almost $3 million to live in Reba’s former house?! Let us know in the comments, and take a look at the gorgeous property below.