By Miranda Raye on January 22, 2018
Advertisement 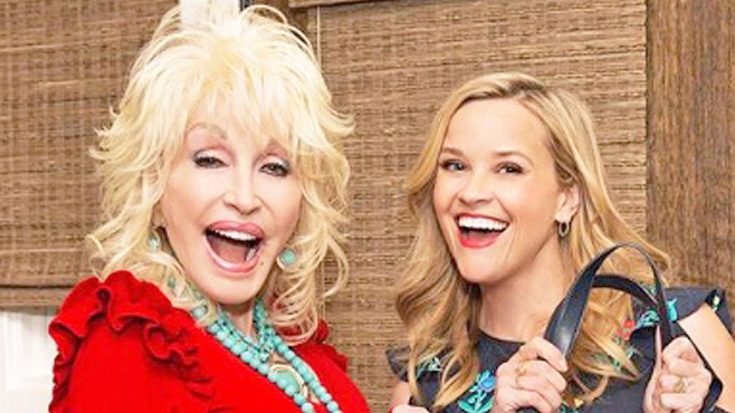 Witherspoon’s performance was widely praised by fans and critics alike. She received the Best Actress award at a number of ceremonies, including the Academy Awards.

But Urban isn’t the only artist that Witherspoon has connections to. She also hold a special place in her heart for Dolly Parton. Since Parton’s birthday was on Friday (January 19), Witherspoon wanted to do something special for her.

Parton later revealed the magnificent gift that Witherspoon got her for her birthday. As she shared to Instagram, Witherspoon said she was donating 100% of her January 19th profits from her fashion and lifestyle brand Draper James to Parton’s Imagination Library.

I'm just blown away by @reesewitherspoon's kind heart! She's donating 100% of her profits today at @draperjames to my @imaginationlibrary in honor of my birthday! Love love love! #Repost @reesewitherspoon ・・・ Few people in this world have touched my heart like Dolly. She has been my inspiration all my life. Her kindness, her humility, her beautiful spirit. Help me wish @DollyParton Happy Birthday!!! ??? In honor of this extra special Southern gal, 100% of today’s profits at @DraperJames will go to Dolly’s charity, @imaginationlibrary. ? Dolly! #HBD ?

In her own post to Instagram, Witherspoon wrote about why she decided to give Parton such an extraordinary gift. “She has been my inspiration all my life,” Witherspoon said about Parton.

We think it’s incredibly kind of Witherspoon to give her such a gift! This birthday was surely one for Parton to remember.

Tune in below to listen to one of the songs off of Parton’s children’s album. All proceeds from that album also go to the Imagination Library!