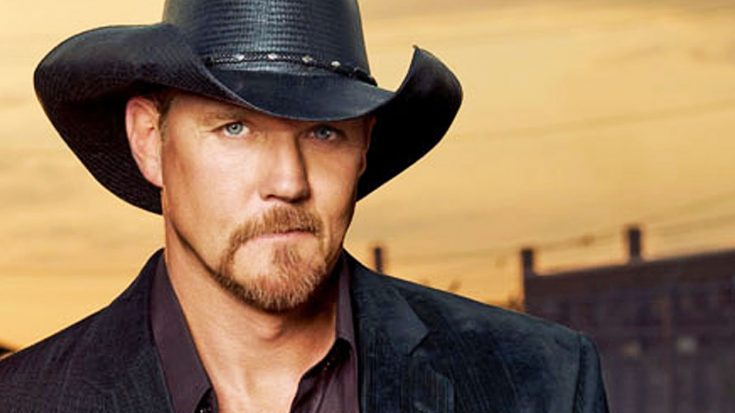 There’s something romantic about the image of the cowboy. Maybe it’s the whole idea of the tough guy with a good heart. Or maybe it just has something to do with how they look in a cowboy hat and boots.

Regardless of what the reason may be, country girls have been swooning over cowboys for years. This idea of romance meets Wild West has been played up in many Western movies, which often feature a love story in the plot.

Since everyone loves a good Western romance, it only made sense to capture the theme in a song. Trace Adkins did just that in 2010 when he released his album and song of the same title called “Cowboy’s Back in Town.”

The song was co-written by Adkins, and tells the story of a woman who’s in love with a “cowboy.” She disappears on the weekend and shows back up on Monday with a huge smile on her face, all because her cowboy is back in town again:

“He rolls in like a southwest wind hot off of the plains.
She needs the love he brings like the desert needed the rain.
This high rise life she’s living is beginning to get her down.
But it’s all better now cause her cowboys back in town.”

We’re a sucker for a good romance, and we bet you are too. You’re sure to fall head over heels for Adkins’ “Cowboy’s Back in Town,” which you can listen to below.

Just as the girl in “Cowboy’s Back in Town” goes crazy for her cowboy, the narrator of Adkins’ new single “Lit” gets fired up by his lady love. While “Lit” covers all of the exciting things in life that can give a person a good thrill, it’s a kiss from the girl he loves that really lights him on fire.

Go ahead and tune in to Adkins’ lyric video for “Lit” below. Then if that leaves you beggin’ for more, be sure to head over here to iTunes to download the song!