Remember When Elton John Released A Country Song In 2005?

By Jennifer Pernicano on January 24, 2018
Advertisement 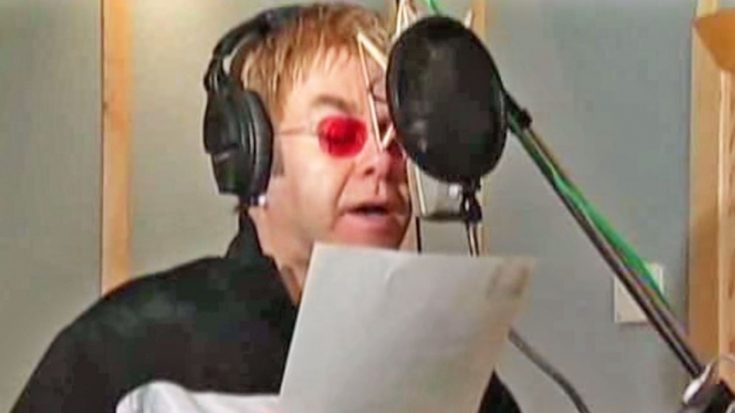 Over the last 50+ years, Elton John has sold 300 million records, won five Grammys, and recently, he won an Academy Award! The legendary singer has had a career that people can only dream of, and now, part of it is coming to an end.

In a 2018 sit-down interview with CNN’s Anderson Cooper that was live-streamed around the world, the “Tiny Dancer” singer revealed his plans on retiring from touring.

Elton John's giving off some major #RobeGoals in this cute shot with his kids! https://t.co/8NpTqaaad1 pic.twitter.com/14V8XTIA1l

The 72-year-old singer and husband David Furnish have two sons, Zachary and Elijah, both under the age of ten. In 2015, the family of four sat down with the boys’ school calendar and realized John would be missing most of it.

He embarked on a 300-date farewell tour that began September 2018 across five countries.

NEWS: Elton John kicked off the European leg of his farewell tour on Wednesday. Here's what you need to know about the UK dates >> https://t.co/soaU2MyWRV #tmBlog pic.twitter.com/DueDcqrsiO

John’s music can be categorized in the rock, pop rock, glam rock, soft rock, and rhythm and blues genres of music – pretty much anything but country, which is why it was so surprising to fans to find out that he actually has charted a song on the country charts.

Titled “Where We Both Say Goodbye,” John sang the song as a duet with Australian country singer Catherine Britt. It was released as a single in the U.S. in 2005 and reached number 38 on the Billboard Hot Country Songs chart.

Watch a clip of John and Britt recording the song, and talking about how the duet came about, below.

Elton actually has some country twang! Take a listen to the entire duet below.