Remember When Ronnie Van Zant Transformed A Merle Haggard Song To Reflect His Own Life? 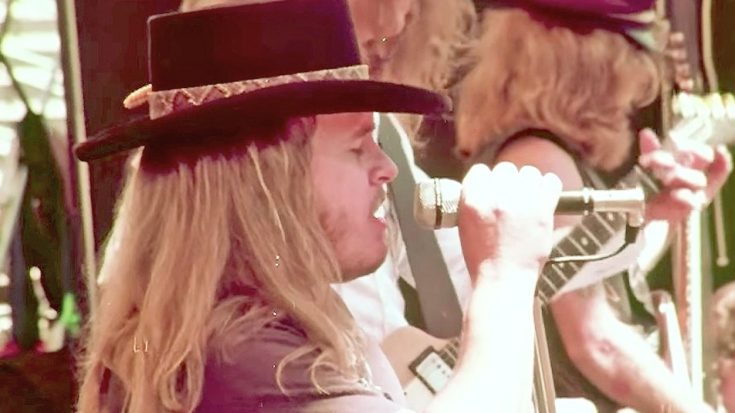 With its own team of talented songwriters, Lynyrd Skynyrd has rarely felt the need to record cover songs. So when they have recorded covers, you can bet the songs they pick have always been top-notch.

One artist whose song was given the Skynyrd treatment was country legend Merle Haggard. The group recorded his song “Honky Tonky Night Time Man,” which Merle wrote himself and featured on his 1974 record Merle Haggard Presents His 30th Album.

“Honky Tonk Night Time Man” managed to catch the attention of the Skynyrd guys, even though Merle never released it as a single. The group recorded the song for their 1977 album Street Survivors, which was released just three days before the plane crash that claimed the lives of lead vocalist Ronnie Van Zant, guitarist Steve Gaines, and Honkette Cassie Gaines.

One track that wasn’t included as a final cut on Street Survivors was a tune called “Jacksonville Kid.” Skynyrd fans got the chance to listen to the song for the first time when a reissued edition of Street Survivors hit the shelves in 2001.

When you listen to “Jacksonville Kid,” it won’t take long for you to realize how much it sounds like “Honky Tonk Night Time Man.” You aren’t wrong for thinking that, because the two songs are practically one and the same.

As you’ll see when you look at tracklist for the album, Merle is still credited as one of the songwriters on “Jacksonville Kid” alongside Ronnie. That’s because the song is essentially “Honky Tonk Night Time Man,” but with slight tweaks to reflect Ronnie’s own life.

Although most people have heard “Jacksonville Kid” by now, we still get a kick out of hearing Ronnie’s autobiographical approach to a song written by “The Hag.” You can tune in below to give it a listen!

Other than “Jacksonville Kid” and “Honky Tonk Night Time Man,” which track off of Street Survivors is your favorite? It’s so hard to choose!