Remember When Sheryl Crow & Prince Sang “Everyday Is A Winding Road” Together Live? 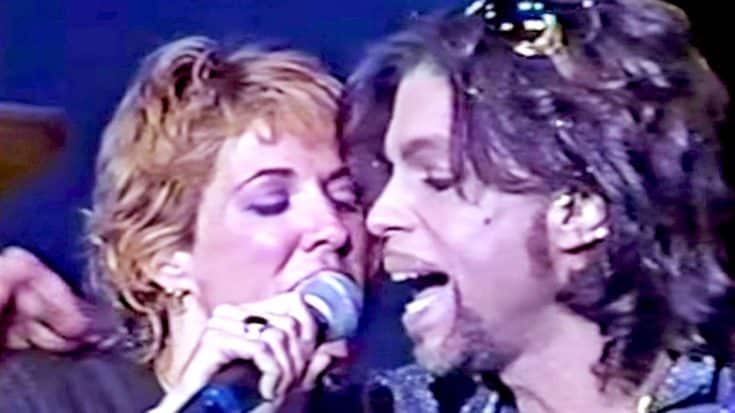 No matter what genre of music you may be a fan of, it seems that Prince somehow had a connection to that genre. As more people have learned since Prince’s death, country music was no exception.

Prince has certainly made his mark on country music, through both indirect and direct forms. He helped inspire artists such as Darius Rucker to chase their musical dreams, and even wrote a song for country legend Kenny Rogers.

Since Prince’s death, people have started sharing special stories about his various collaborations. One such event took place in Toronto on August 22, 1999, when Prince joined pop rocker (and later country singer) Sheryl Crow for her hit song “Everyday Is a Winding Road.”

Prince and Crow had worked together in the past when Crow was featured on a track for his album Rave Un2 the Joy Fantastic, called “Baby Knows.” Also on the album was Prince’s own rendition of “Everyday Is a Winding Road,” which proves that he was a true fan of Crow’s music.

The Toronto audience was surprised to see Prince at Crow’s performance, when he emerged from out of nowhere and started playing guitar. As if that wasn’t enough, when it came time for the song’s chorus, Prince wrapped his arm around Crow and started singing backing vocals. Needless to say, the crowd went wild, and understandably so.

In the middle of the song, Crow stepped aside to make room for Prince, who stunned everyone in the room with a passionate guitar solo. Once Prince was finished, he teamed back up with Crow to sing just a few more lines before he wrapped her up in a hug and walked off stage as quickly as he came.

One thing’s for certain…anyone who was at Crow’s show that night witnessed a moment they’re sure to never forget. You can see it for yourself in the video below.

May Prince rest in peace.