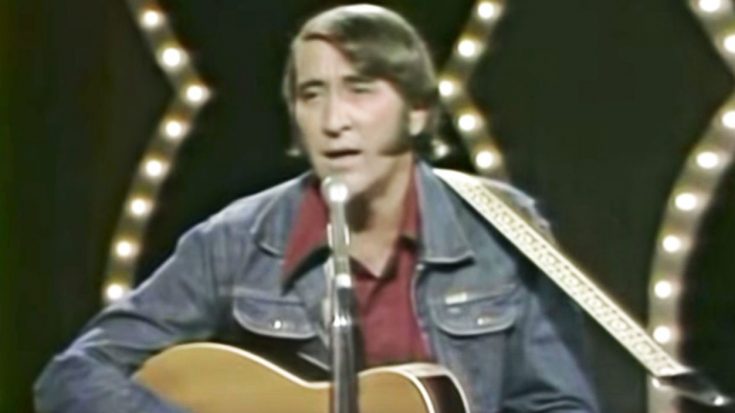 One of the most recognized and beloved music legends to ever hit radio waves, Don Williams was truly a music icon. Sadly he passed away on September 8th, 2017 at the age of 78.

Although the “Gentle Giant” had officially retired from performing and making new music to focus on time with his family, his seemingly-endless discography and wildly popular hit songs still were heard worldwide on radio stations and in live covers from fellow performers.

With more than 15 No. 1 singles and 25 full studio albums, Williams was a true master of his craft and talented musician. To honor the incredible legacy he built in the world of country music, we’ve put together a group of great live performances from this legend’s incredible career!

A track from the beginning of 1980, this song was originally penned by famed country songwriter Bob McDill and launched as the second single from his ninth full-length album. “Good Ole Boys Like Me” not only soared to No. 2 on American charts, it also became an international hit.

Unearthing this performance from Marty Robbins’ Spotlight TV Series, rural television program Country Road TV honored the legend on the date of his passing by sharing this rarely-seen clip.

Recorded the same year the song was released to the public, Williams’ riveting performance proves exactly why this was such a wildfire hit!

Earning a spot as his sixth No. 1 song, “Some Broken Hearts Never Mend” also became a top hit for Telly Savalas in multiple international markets.

Recorded by both Williams and fellow legend Waylon Jennings, this track wasn’t one of Williams’ biggest hits – but it’s an unforgettable segment of his discography and his television performance from the early 70s is absolutely stunning!

Prior to his passing, a tribute album was released in William’s honor and included this song covered by Chris Stapleton.

Taking on one of the most epic and memorable shows in the history of country music and Texas, Williams performed one of his biggest hits on Austin City Limits – an intimate platform which has long been known for its live and impressive sets.

Unleashing this chart-topping masterpiece to the excited Texas crowd, Williams showed off his true talent in this magical performance!

We are heartbroken with the passing of Williams, and while he may no longer be here with us, his music will live on forever – remaining as timeless and treasured as it always has been!