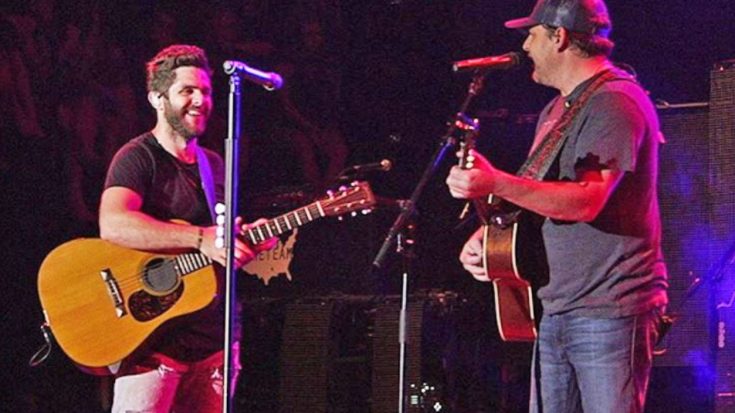 Doting father to Thomas Rhett, Rhett Akins, joined his son on stage at his concert in Manchester, England for a killer performance of “Parking Lot Party.”

“It’s a song I wrote with my daddy Rhett,” says Thomas. “We wrote this song a couple of years ago. It’s called ‘Parking Lot Party.'”

Thomas then dives into the performance before father Rhett casually strolls out on stage as the crowd goes wild. In a very fatherly manner, Rhett pulls out his phone and proceeds to film their performance to document the meaningful exchange between father and son.

While the song was originally released by Lee Brice, the father-son duo co-wrote the song alongside Brice to create the party-starting staple for any tailgate. “Parking Lot Party” was released in 2013 by Brice, peaking at No.5 on Billboard’s Country Airplay chart.

You can watch America’s favorite father-son duo kill it on stage to the tune of “Parking Lot Party” in the video below and be sure to let us know what you think in the comments!