By Miranda Raye on February 16, 2017
Advertisement 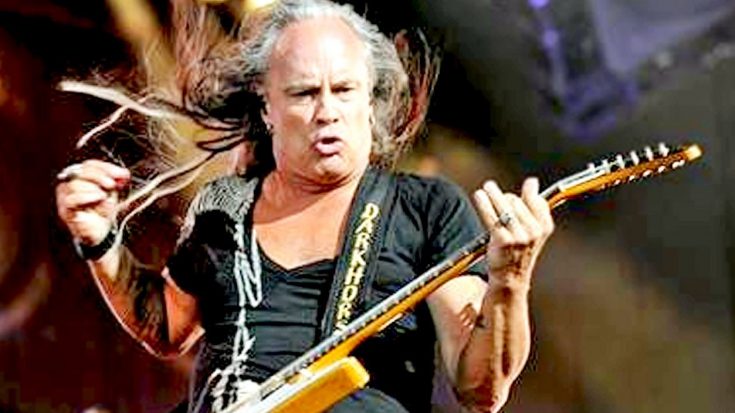 If you’re a fan of Lynyrd Skynyrd, then you know good and well just how talented Rickey Medlocke is. While Rickey is mostly known for playing guitar in the reunited form of the band, his ties to Southern rock’s shining stars go way back.

Rickey was basically destined to follow the musical path. He learned how to play almost every instrument imaginable thanks to his grandfather, Shorty Medlocke. As a Delta blues legend, Shorty passed his love of music on to his talented young grandson.

Eventually, Rickey found himself playing drums in Skynyrd. He was a part of the band long before their rise to fame, and left before the release of their debut album. However, his contributions as a drummer can be heard on the group’s 1978 album Skynyrd’s First and…Last, which was released after the fatal plane crash that claimed three band members’ lives.

Rickey finally returned to Skynyrd as a guitarist in 1996, and he’s never looked back! Night after night, Rickey continues to stun fans with his skills. But one group of fans in 2016 got the chance to see a truly insane showcase of talent.

It was June 3, 2016, and Rickey was absolutely on fire that night. The out-of-this-world moment happened during the band’s performance of “Free Bird,” which is their closing song at every concert.

Rickey took center stage and killed every note that the “Free Bird” solo threw his way. You can tell that he was completely lost in the music, unaware of anything but himself and his guitar.

Enough talk, it’s time for you to witness this supercharged showcase of talent for yourself. Scroll down below to give it look.

No one can deny Rickey’s talent after watching this!