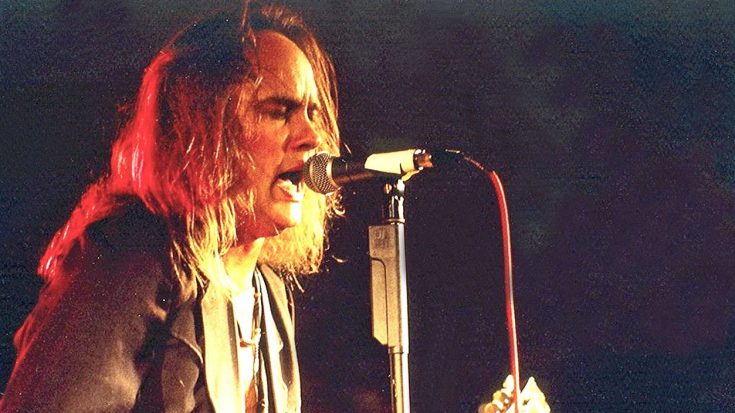 Most people have only known Lynyrd Skynyrd as a band with a Van Zant leading the charge. While Ronnie Van Zant almost always sang lead in Skynyrd’s early days, there were a few exceptions.

In fact, the further back you go in Skynyrd’s history, the more likely you are to find a song that didn’t have Ronnie at the helm. That’s because prior to the release of Skynyrd’s first album, another guy stepped up to take the lead every now and then.

That guy was Rickey Medlocke, who currently serves as one of Skynyrd’s three guitarists. Rickey was one of the band’s drummer’s back in the early days, and also sang a few tracks that were intended to be released on their first album.

However, those songs never made the cut, and Rickey left the group before their debut record was released in 1973. But fans finally got the chance to hear those lost songs with the release of Skynyrd’s First and…Last.

Released one year after the fatal plane crash that claimed the lives of Ronnie, guitarist Steve Gaines, and Honkette Cassie Gaines, Skynyrd’s First and…Last contained some of the band’s early recordings from 1971 and 1972.

An expanded edition of the album, called Skynyrd’s First: The Complete Muscle Shoals Album was released in 1998. This edition contained eight additional tracks, four which had never been released before.

On of those tracks was “You Run Around,” which was written entirely by Rickey. He also takes command of the track as its lead vocalist.

“You Run Around” is an upbeat, peppy tune akin to other Skynyrd tracks such as “Call Me the Breeze.” The song features an extensive guitar jam that is sure to have you grooving along in your seat.

Scroll down below to catch a piece of Skynyrd history by listening to the audio clip of “You Run Around.” Go ahead and turn it all the way up!