By Miranda Raye on March 24, 2016
Advertisement 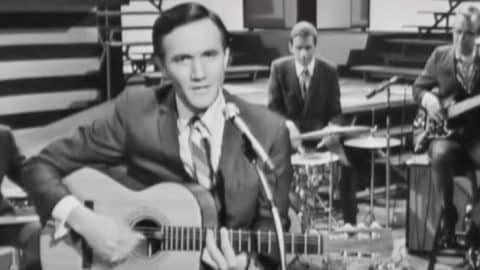 Roger Establishes His Legacy With One Funny Song

Over the course of his 35 year career, Roger Miller recorded a number of humorous tunes, perhaps none more so than “King of the Road.”

Released in January 1965 as a single off the album The Return of Roger Miller, the song became Miller’s greatest hit.

On March 27, 1965, “King of the Road” became Miller’s second number one hit when it claimed the top spot on the Billboard country chart. The song also crossed over onto the Billboard Hot 100, where it peaked at the fourth position.

“King of the Road” went on to earn a total of five Grammy Awards in 1965 and Miller also earned the ACM Award for Best Songwriter and Man of the Year that same year.

Well we know Roger Miller was the King of the Road.

I just watched my entire English class sing King of the Road by Roger Miller together and I’m so proud.

The second incident occurred when Miller spotted a hobo walking through the airport in Boise, Idaho. Based on those two incidents, Miller ended up writing a song that tells the story of a hobo man who, despite being dirt poor, feels like he’s “king of the road.”

In 1990, Miller performed “King of the Road” during an appearance at the ninth annual Texaco Country Showdown National Final. Miller sat on stage by himself and played his acoustic guitar, with no band behind him.

Tune in below to check out Miller’s performance of his hit song.

We can’t help but sing along to this fun tune!