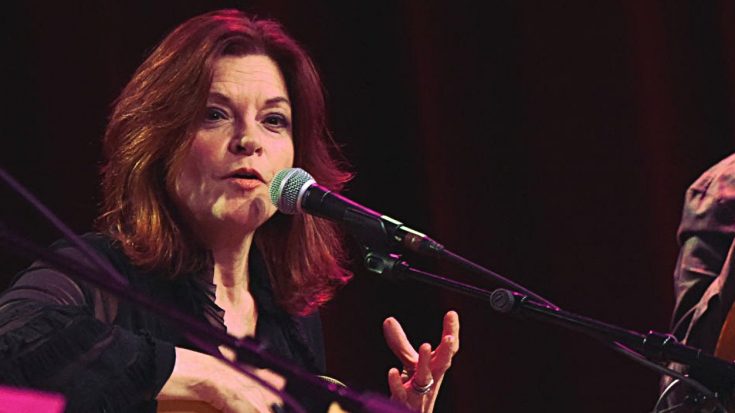 Now more than ever, people are concerned over just how safe their personal information is online. Recent reports have left people questioning Facebook in particular, including celebrities.

On Thursday (March 29), country music artist Rosanne Cash took to Facebook to let her followers know they wouldn’t be her followers much longer. She jumped right to the point in her post, vowing that she would delete her Facebook by the following day (March 30).

But Cash also has an additional reason for wanting to remove herself from the social media platform.

In today’s tense political environment, arguments erupt all over social media whenever someone expresses their thoughts on a hot-button issue. While some of these arguments remain civil, others turn downright nasty, insulting, and sometimes threatening.

Cash has never been afraid to voice her opinion on political topics, and in the past has taken to Facebook to do so. As expected, these posts often generate a bit of a negative response.

It’s responses such as those that have further inspired Cash to give up her Facebook account. She wrote that she has found the platform to be “an increasingly toxic environment,” which served as additional motivation for her to leave.

She Won’t Be Gone Entirely

Luckily for those who want to stay up to date with Cash’s life and latest projects, she’ll continue to be active on two other social media sites, Twitter and Instagram. She also offered a social media alternative by encouraging people to sign up for her newsletter.

Many people responded to Cash’s post. While most were sad to see her leave Facebook, they understood her reasons for doing so. You can read her full post and the fan reactions below.

Shortly before she put this post up, Cash shared a video of her singing her father’s song “The Walking Wounded.” The track appears on the upcoming collaborative album Johnny Cash: Forever Words.

The album features lyrics, letters, and poetry written by Cash and set to song by other artists, including Brad Paisley, Jamey Johnson, and Willie Nelson. You can hear Cash’s contribution to the record below.

What do you think of Cash’s decision to delete her Facebook account? Do you understand where she’s coming from?