By Jennifer Pernicano on July 21, 2017
Advertisement 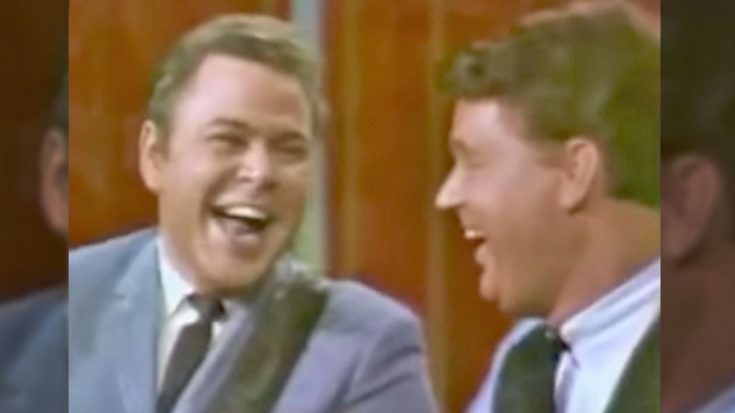 The legendary Roy Clark is known for hosting the long-running variety show Hee Haw from 1969-1992. He was the perfect man for the job, being equally musically talented as he is funny.

While he is incredibly skilled on the banjo and guitar, it’s his sense of humor that really captured the hearts of his fans.

In 1966, a few years before Hee Haw even started, he performed on the TV show Swingin’ Country, where he showcased his many talents. The host Rusty Draper asked him, “About how long have you been performing?“

Without skipping a beat, Clark said, “About three months,” and immediately burst into laughter with the rest of the audience. In all seriousness, he revealed he had been playing for 17 years at that point.

He kicked off the medley with the Eddy Arnold tune “Texarkana Baby”, filled with funny facial movements, followed by a hysterical “country” version of a rock song. This led him to play a medley of his own hits including “Tip Of My Fingers” and a rockin’ guitar version of “You Are My Sunshine”.

This performance from Clark is not out of the norm – he truly is the funny man of country music! Watch Clark perform the hilarious medley below.