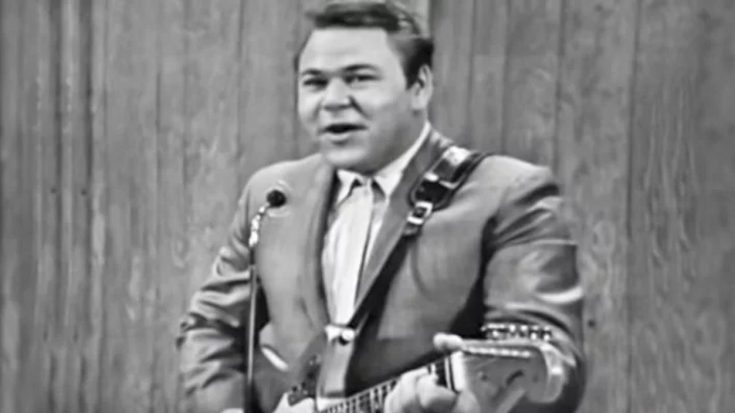 Before he was even the host of Hee Haw, the hysterical and talented Roy Clark was already making people laugh during his shows. Most of his act was based on his comedy and specialty guitar licks that no one can or could replicate.

In one of his earlier performances in his career, he stopped by the Jimmy Dean Show, where he introduced the song he was about to sing by saying, “Here’s a tune that’s one of my favorites and I’m sure you’ll recognize it. It’s called ‘One Of My Favorites’.”

He started playing the introduction to Johnny Cash’s “Folsom Prison Blues,” but when he sang the opening lyric, “Well,” he got indecisive and just kept saying the word over and over again, garnering laughter from the entire audience.

After singing “I hear that train a comin’, it’s rolling ’round the bend,” he played a guitar lick that sounded quite similar to a train, which got lots of laughter and applause from the crowd.

Throughout the whole video, he had us laughing with him shaking his leg, making a guitar riff that sounded like gunshots, and his infectious smile.

His ad-libs, comedic timing, and true talent have made Clark a legendary entertainer, and he’s been the same since he started performing.

Watch the entertaining performance below!

Clark once even performed his version of “Folsom Prison Blues” with Cash, and The Man In Black was laughing throughout the whole thing! Check it out below.