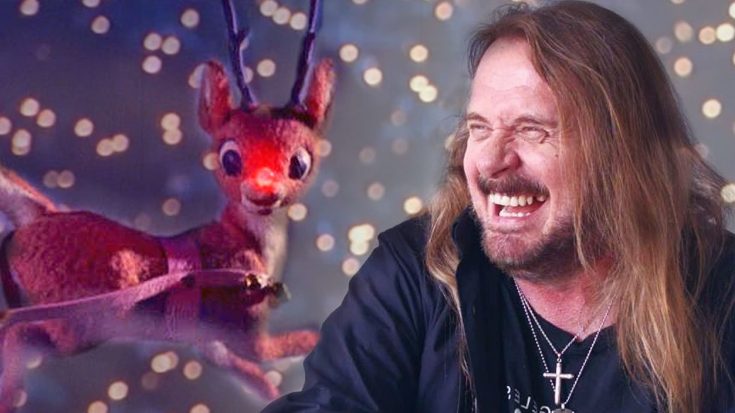 Everyone knows that Rudolph the Red-Nosed Reindeer is from the North Pole. But that didn’t stop one rock group from taking him a little further south.

In 2000, Southern rock legends Lynyrd Skynyrd offered their takes on holiday classics on their first and only Christmas album, Christmas Time Again. The album was the perfect blend of originals and covers, including their rendition of “Rudolph the Red-Nosed Reindeer.”

“Rudolph” was penned by Johnny Marks, who based it off of a story written by Robert L. May. A short film was also created to go along with the story, cementing Rudolph’s place in Christmas culture for good.

Skynyrd helped contribute to “Rudolph’s” legacy when they recorded the tune. Their version is strikingly different than any other you’ve heard before, with a hard rockin’ guitar-driven sound.

The track also features a dazzling piano solo from keyboardist Billy Powell. That solo comes in the middle of the tune, before lead singer Johnny Van Zant drives the sleigh home with a powerful finish at the end.

You’ve heard “Rudolph” many times before, but we guarantee you’ve never hear it done like this. So go ahead, give yourself an early Christmas gift by tuning in to the audio clip of Skynyrd’s version below.

Wishing everyone in Skynyrd Nation a Merry Christmas and a Happy New Year!