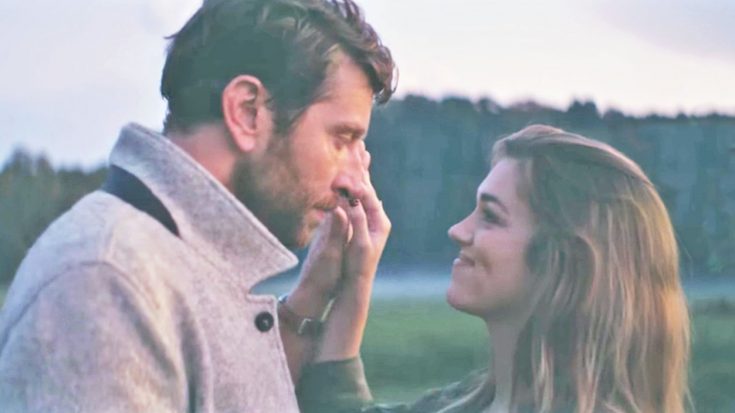 Through a couple Instagram posts in September 2017, Duck Dynasty star Sadie Robertson and country crooner Brett Eldredge sent fans into a frenzy trying to figure out what exactly was happening between them.

Luckily, the pair quickly let fans in on a little secret – they were filming a music video together!

Robertson starred as Eldredge’s love interest in his music video for the second single off his self-titled album, “The Long Way.” Eldredge teased clips of the video throughout the past week, but officially released the full work of art on October 16, 2018.

"The Long Way" video is OUT NOW! World premiere with Esquire ! Let me know what ya think ? http://smarturl.it/TLWEsquire

The single is an extremely romantic song about a man wanting to know absolutely everything about the woman he is pursuing from her first car, to where her parents met, to every embarrassing moment, to her deepest secrets, and everything in between.

The video begins with Eldredge walking in a crowded bar, right up to Robertson, who is smiling from ear to ear. The video then transitions into footage of the couple driving through a small Southern town, presumably Robertson’s hometown.

Through exchanging loving looks, holding hands, dancing, and planting a kiss on Robertson’s head, it’s no secret that Eldredge is smitten with the reality star in this music video, and it seems the feeling is mutual!

Watch the romantic video for “The Long Way” below.