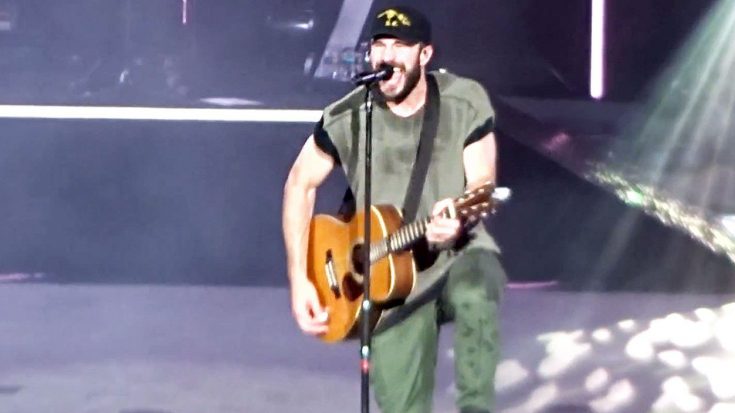 Country star Sam Hunt had his audience reeling when his cover of Travis Tritt‘s “Great Day To Be Alive” gave them all a reason to be grateful!

Performing in New Jersey, the singer sported a military green ensemble as he whipped out a guitar and surprised his fans with the lively hit. The crowd erupted into cheers as Hunt sang the opening lines, encouraging the fans to sing along to the happy-go-lucky tune.

“And it’s a great day to be alive/ I know the sun’s still shining/ When I close my eyes/ There’s some hard times in the neighborhood/ But why can’t every day be just this good,” he flawlessly sang. Viewers found themselves mesmerized by Hunt’s vocals, straying from his typical songs that incorporate a blend of vocals and rap-like verses.

While Tritt was not the original artist for this optimistic tune, it was his vibrant version that propelled the song to its pique of fame. It was featured as the country star’s second single on his album Down The Road I Go, reaching no. 2 on the charts during its rise.

Be sure to check out Hunt’s vivacious performance below!