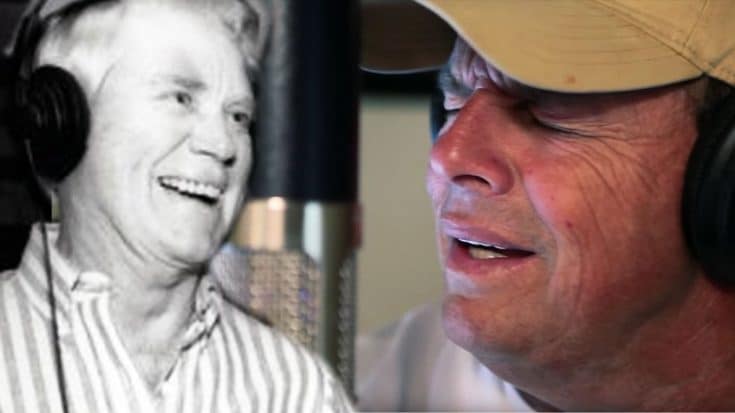 Perhaps one of Sammy Kershaw‘s greatest influences – both on and off the stage – was none other than the possum himself, George Jones.

Jones helped establish the foundation of Kershaw’s career back in the good ole’ days when Kershaw was just his opening act. Throughout the years to come, Jones and Kershaw would form an everlasting friendship and even collaborate in the musical realm!

Sammy Kershaw pays tribute to George Jones – The Possum with a new song. Check it out…http://bit.ly/YHM9Rf

Posted by Country Music Tattle Tale on Thursday, May 9, 2013

Sadly, Jones passed away in April of 2013, leaving Kershaw with mere memories of the man who helped shape his career.

His passing prompted Kershaw to create an original tribute to the legend – titling the emotional dedication “The Route That I Took”. The song (possibly told from Jones’ former perspective) tells of both good and bad decisions throughout a glamorous lifetime.

Through the lyrics, Kershaw admits he is unsure if he would change the choices he’s made if given the opportunity. His powerful chorus sings,

“But the lines on my face
Ain’t the miles that you see
It’s just the route that I took.”

The nostalgic music video is complete with various footage of Jones, in glorious, memorable shots followed some not so proud moments.

Kershaw’s voice is hauntingly similar to Jones in this slow-burning ballad. It is almost as if the icon is still singing his honky-tonk heart out.

Check out the emotional tribute below and let us know your thoughts in the comments!