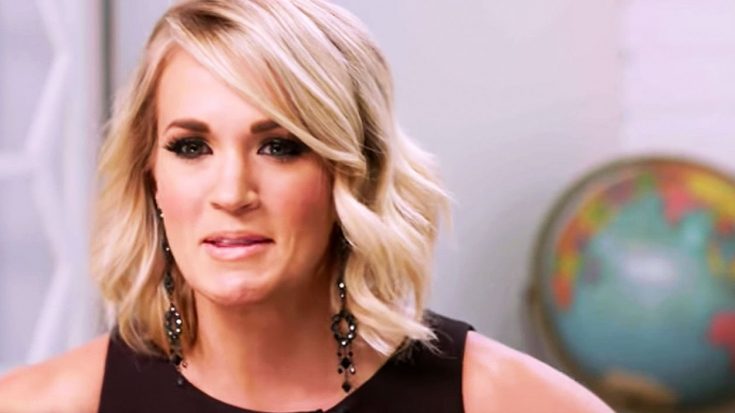 Country music’s sweetheart Carrie Underwood met with tv host Ellen DeGeneres’ very own Tyler Oakley for a one-on-one interview that made a steamy transition rather quickly!

Upon welcoming the “Dirty Laundry” singer to the interview, Oakley unveiled a laundry basket filled with articles of clothing that each contained an in-depth question for the singer! Underwood is not shy to dig deep, pulling from the load a pair of men’s briefs, exclaiming,“Ooo! Straight for the undies!”

The questions fly from zero to sixty before the singer knew it, leaving Underwood answering questions such as “Have you ever made out with a fan?” and even “Do you ever go commando?” Like the brave woman she is, Underwood left no question unanswered!

The 7 time Grammy award winner wraps up the interview by channeling the sass and bragging to Oakley, “I fold better than you do.”

Check out the hilarious interview below and let us know what you thought!