By Miranda Raye on January 19, 2018
Advertisement 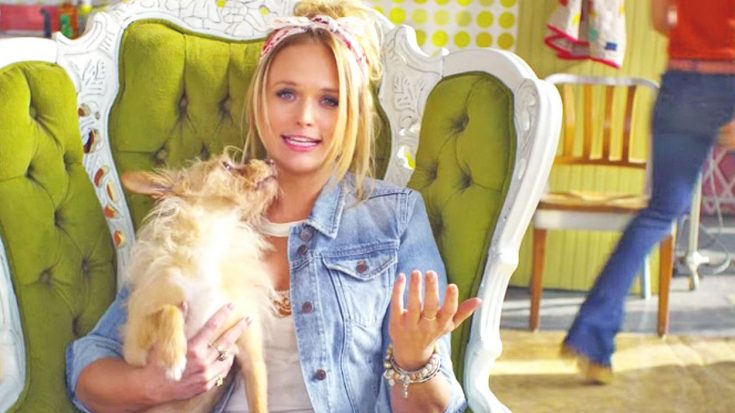 When it came time to release the first single off of her latest album The Weight of These Wings, Miranda Lambert went for the more emotional route. She released “Vice,” which tells the story of a woman who goes from one vice to the next. The song’s music video was deeply symbolic, as Lambert emerged from the wreckage of a car accident to go off in pursuit of another vice.

While many of the songs on The Weight of These Wings are emotional like “Vice,” Lambert promised we’d see some fun and feisty songs on the record as well. She delivered on that promise, especially with the album’s second single “We Should Be Friends.”

Released on December 12, 2016, “We Should Be Friends” was written entirely by Lambert. The tune features a peppy beat and fun-filled lyrics, as Lambert sings, “If you’re looking for love but willing to fight, over men and mamas and Miller Lite, well then, we should be friends.”

Considering the nature of the song, fans were fully expecting a sassy video from Lambert, similar in style to some of her past videos for songs such as “Mama’s Broken Heart.”

Just like fans had anticipated, the video is full of lighthearted fun and Lambert’s signature spunky attitude. The clip opens with Lambert walking into to a small salon with one of her precious pups in tow. The salon seems like one interesting and chaotic place, as one hairdresser can be seen wrapping up a girl’s hair in beer can curlers.

As for Lambert, she undergoes a full-blown makeover after her stylist expresses disgust at the sight of her messy updo. She gets all glammed up by the end of the video, sporting long, flowing waves and shimmery eye shadow. Even her little pup got a makeover!

The video ends with Lambert slipping into a flattering new outfit, per the approval of the old ladies she made friends with. As she leaves the salon, all of the patrons and workers can be seen having a full-out dance party. Now that’s one way to end a video!

Lambert felt it was only appropriate to bring in a few of her real-life friends and fellow songwriters for the video. You can catch Natalie Hemby as the beer-chugging stylist and Waylon Payne as Lambert’s pedicure buddy.

Go ahead and scroll down below to catch Lambert’s bubbly video for “We Should Be Friends.” It’s sure to put a smile on your face!