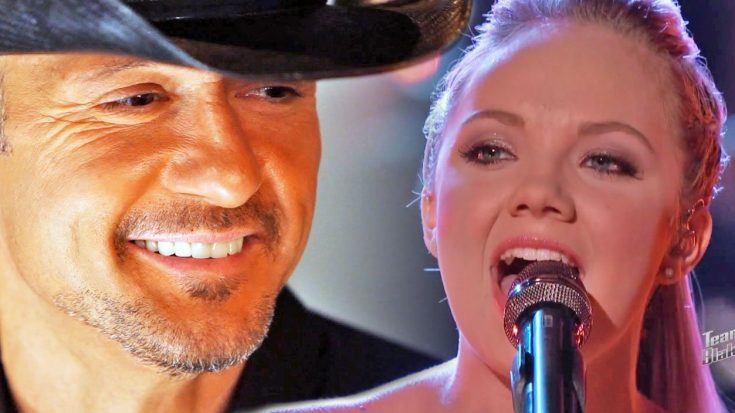 Danielle Bradbery absolutely stunned Season 4 viewers of The Voice when her unbelievable voice was one developed well beyond her mere age of 16. Bradbery vocals were able to coax judges Blake Shelton, Adam Levine, and Usher to slam their buzzers and begin their pleas to snag their talent! Shelton ultimately became the lucky coach for the young girl, as she remained on his team for the entire season, winning herself the first place title and gifting Shelton with another win under his belt.

While Bradbery wowed night after night with her outstanding performances, it was her heartbreaking performance of Tim McGraw’s emotional hit “Please Remember Me” that deemed her a sensation. As the singer reached the song’s crippling chorus, the audience erupted in cheers and applause for her impeccable vocals!

Meanwhile, Coach Shelton watched the young performer in awe of her abilities and fabulous stage presence. It was no surprise she went on to win it all!

Check out the performance below and tell us what you think!