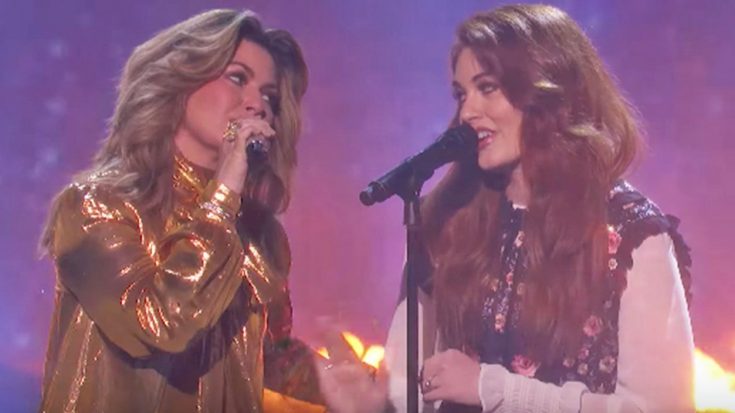 When we heard that Shania Twain was going to perform on the Season 12 finale of America’s Got Talent, we knew we were going to see something amazing. She did not disappoint.

She shared the stage with finalist Mandy Harvey, whose story is an inspiration to all. Harvey went deaf around the age of 19, but after a few years, picked up the ukulele and began singing again.

Harvey wowed America with her original songs, incredible pitch, and positive outlook on life, catapulting her to the Top 5 of Season 12.  Academy Award-winning actress Marlee Matlin, who also happens to be deaf, introduced Twain and Harvey in American Sign Language.

Harvey kicked off singing Twain’s hit song “You’re Still The One” and signing the lyrics in ASL as Twain walked out from backstage. A vision in gold, Twain garnered a round of applause upon her entrance.

When Harvey sang, “Looks like we made it/Look how far we’ve come, my baby/We mighta took the long way/We knew we’d get there someday,” we realized that these lyrics were extremely relatable to her story.

She and Twain put on a moving performance that wowed viewers everywhere. Watch their duet below.