Shania Twain Opens Up About Brutal Abuse By Stepfather 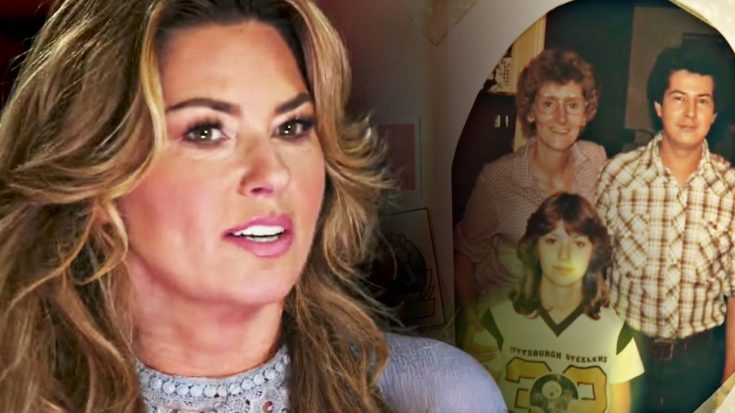 One of the biggest stars to ever exist in the nineties, this country pop queen confesses to 60 Minutes the brutal abuse she and her family suffered at the hands of her stepfather.

“He just had issues – and, at the time I was looking at this man as somebody who was not being himself,” Shania Twain told the news outlet. “It was like he was two people.”

At the age of 12, Twain made her first television performance and began supporting her family who lived in extreme poverty. Beyond trying to help her family survive, she and her mother suffered horrible abuse by her stepfather, Jerry.

He swore at Twain using awful vulgarities, she says, and the abuse also took a violent turn – one that made her fear for her mother’s life.

“I would get physically involved sometimes with my parents’ fights,” she continued. “I just thought that he would kill her. One of these times – he was gonna kill her.”

She endured seemingly endless physical and verbal abuse by her stepfather, and even sexual abuse as she outlined in her 2001 memoir, From This Moment On.

The reporter, Liam Bartlett, expresses how terrifying Jerry’s anger issues must have been, describing the moment Twain was forced to watch him repeatedly beat her mother’s head into the toilet bowl, knocking her unconscious and nearly drowning her.

At the age of 22, Twain’s mother and stepfather were killed in a car accident, leaving her to take care of herself and younger siblings, and it came to a point where she almost gave up on music.

Through all these trials and difficult parts of her life, Twain eventually returned to her one true passion and became one of the top-selling female artists in world history. One of her albums still ranks as the highest-selling albums by any female artist.