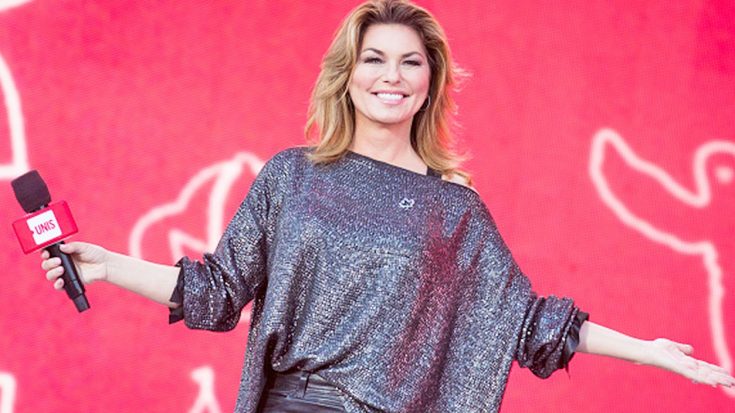 Almost 20 years have come and gone since Shania Twain released her smash hit “That Don’t Impress Me Much.” While the song created buzz following its massive success on a global scale, the 1999 hit has recently been making headlines about the iconic lyric, “Okay so you’re Brad Pitt? That don’t impress me much.”

At a recent interview at Spotify headquarters, Twain discussed her decision to name drop Pitt in her sassy country hit.

“You want to know the truth about this story? I’ve never told this before. I’m going to say it now,” Twain revealed. “I remember I had a girl friend visiting me and it was near Christmas and we were baking cookies. I was writing this album and there was a scandal of [Pitt] and Gwyneth [Paltrow] where there was naked photos of him [in Playgirl magazine].”

So has the actor reached out to the Canadian country singer following her recent revelation?

Twain has been working hard promoting her forthcoming album, Now, which marks her long-awaited return to music. Now is set for release September 29 of this year and will be available for purchase in both 12-track form as well as a deluxe 16-track special edition.

You can watch her discuss the famous lyric below.