Shania Twain Says Her Debilitating Disease Was A ‘Blessing’ 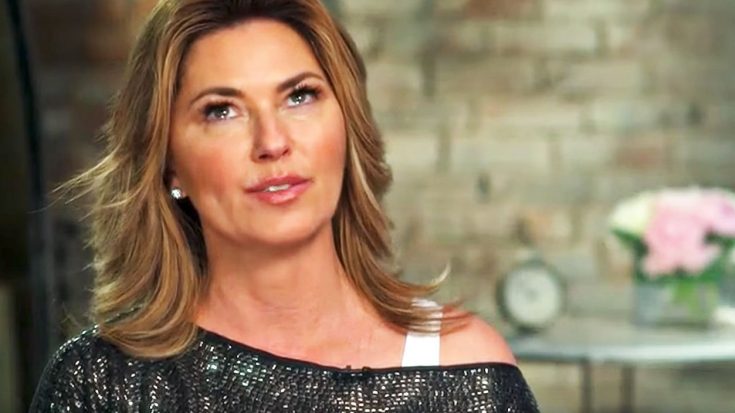 At the height of her career’s success, the Queen of Country Pop was hit with devastating blows, one of which nearly ended her career.

Shania Twain has been an international musical icon since the skyrocketing success of her unforgettable hits like “Whose Bed Have Your Boots Been Under,” “Any Man Of Mine,” and “You’re Still the One.”

When it was announced that she and longtime husband and producer, Mutt Lange, would be separating following his affair with her best friend, that wasn’t the only blow dealt to Twain’s life. Just one year later, Twain revealed in her autobiography that she had suffered from Lyme Disease – and it had taken a massive toll on her singing ability.

Doctors had discovered lesions on her vocal chords and diagnosed her with dysphonia, both of which she says came from Lyme Disease and its affects on her muscles and nervous system.

Because of the damage caused to her vocal chords, Twain retreated from the spotlight and took a lengthy hiatus – something she says likely wouldn’t have happened had she not contracted Lyme Disease, even going so far as to call it a “blessing in disguise.”

The time she spent at home allowed her to give her child a different upbringing rather than dealing with a parent who was always in the public eye.

“But it was a blessing in disguise. I have appreciation for the break – I love domestic life and would have regretted missing it,” Twain told the Montrose Press. “My son Eja has had a normal upbringing – it’s been the best of all worlds, in the end.”

After heavy rehabilitation and careful training to repair the damage to her singing ability, Twain admits that she was still fearful of recording a new album.

“I was able to do performances but couldn’t commit to recording an album, which is different; it’s a permanent imprint of your instrument.”

What do you think about her outlook on contracting Lyme Disease? Would you feel the same way? Let us know in the comments.

Shania Twain will be releasing her first album in nearly two decades on September 29th and it will include her song “Soldier” which was recently announced as part of a new movie called “Thank You For Your Service.”