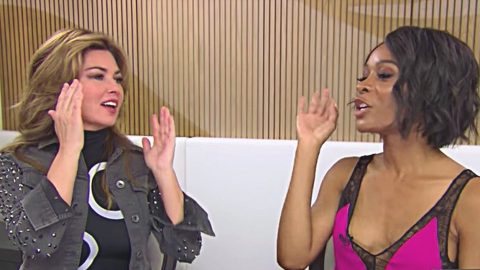 What Shania Has To Pack When She Hits The Road

As Shania Twain was gearing up for the kickoff of her Now tour, she made sure she had all of the essentials in order for her travels. During an interview with E!, Twain shared three of the must-have items that she always brings with her on tour.

Back to back fun in Dublin, thank you for an incredible time! 🇮🇪❤️

The first two items Twain named were her own pillow and her own hairbrush. We totally understand that, especially the pillow part. A pillow switch-up can totally throw off your sleep!

For Twain, it seems that her essential tour items all have to do with making sure she’s as comfortable as possible. Such is the case for her third go-to item, though you may be a bit surprised to hear exactly what it is.

It May Seem Strange, But Kind Of Makes Sense?

As Twain confessed, she never leaves for tour without bringing along some pairs of old underwear! The interviewer seemed a bit taken aback to hear her say that, asking, “Old underwear? Like, your favorite underwear?”

Twain confirmed that’s exactly the case, saying, “Yeah, like it’s been around for a while. Like, the ones you just can’t throw away. Those!”

You may think that this is a bit strange, but hey, to each their own! Old clothes always do feel more comfortable than new ones, so we can understand where Twain is coming from here.

Slipping Into Something Revealing

While Twain likely won’t be showing off her favorite old underwear any time soon, she did flaunt a thong in her music video for one of her newest songs, “Swingin’ With My Eyes Closed.” She wasn’t trying to hide it at all, since she was sporting a see-through dress.

Go ahead and check out that sizzlin’ music video in the clip below!

What do you think about Twain’s confession about what she likes to bring with her on tour? Do you understand where she’s coming from?