By Manly Bryant on September 6, 2017
Advertisement 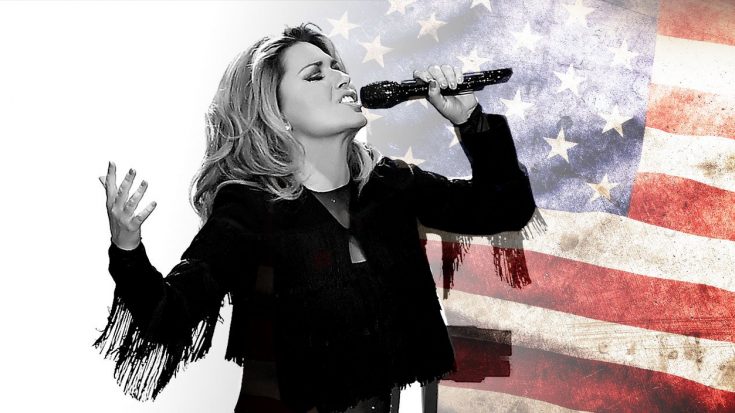 This war drama film features a song folks had never heard before its release, and one that will hit you with a wave of emotion – especially after watching this musical featurette shared by the country and pop star.

Shania Twain had been absent from releasing new music for nearly two full decades, but in September 2017, on the cusp of her highly-anticipated fifth studio album, she leaked out a preview of one of her more poignant tracks.

“Soldier” was both written and recorded by Twain as the 12th and final track to her new album, Now, which was released on September 29th, 2017.

As the backing track to this theatrical trailer for the 2017 movie, Thank You For Your Service, Twain’s song really hits a home run and brings sweeping waves of emotions as the acting and imagery tell a gut-wrenching story of one soldier’s life.

Thank You For Your Service was released in October 2017 and follows a group of soldiers returning from battle in the Middle East, trying to re-acclimate to their lives back home. Their struggles with PTSD and the things they faced while on the battlefield continue to impact their lives in various ways. Written by the same man who penned the screenplay for American Sniper, this film received positive reviews, especially for the performances of the main actors, Miles Teller, Haley Bennett and Beulah Koale.

Watch the official music video below and make sure you keep the box of tissues handy.