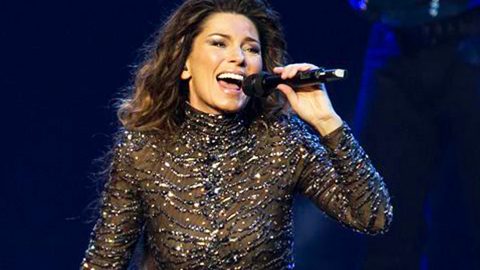 County music star Shania Twain reentered the music scene with a killer stomp, using a recent country festival to reveal the upbeat tune that has been deemed her unbelievable new single!

The lively song titled “Life’s About To Get Good” was recently featured in an incredibly honorable advertisement, essentially becoming the featured compilation for the 2017 Winter Olympics video. Throughout a series of clips and frames showcasing stellar athletes expected to compete in the coveted event, Twain’s song was the upbeat anthem that had viewers craving both the upcoming games and feisty new single.

Though the single has yet to be officially released, the one minute tease was just enough to instill a love for the tune into the hearts of listeners, making the untitled album’s expected September release seem almost too far away. However, we’re thrilled that Twain’s newest masterpiece is being given the praise and attention it deserves. After all, this upcoming album will be the singer’s first compilation in fifteen years!

You can click the video below to hear the catchy tune and familiarize yourself with the upcoming Winter Olympics.