She’s Famous For Worst National Anthem Performance – Now, She Might Be Next American Idol

By Jennifer Pernicano on March 12, 2018
Advertisement 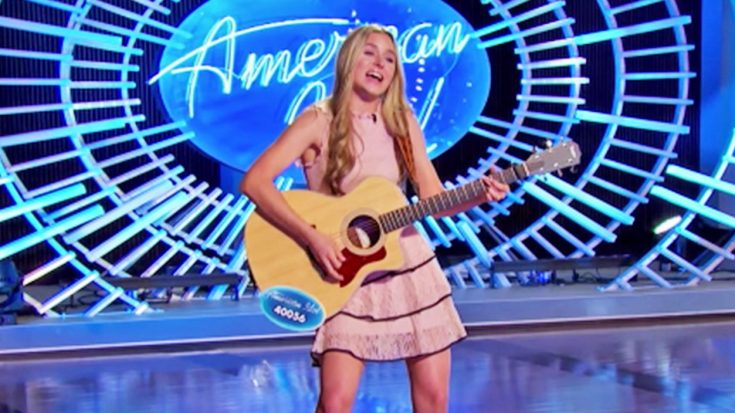 When Harper Grace was 11 years old, she sang the National Anthem before an MLS game between FC Dallas and the LA Galaxy. It quickly became known as the worst rendition of “The Star-Spangled Banner” and was featured on several news shows, including Good Morning America.

Six years later, she made her triumphant return to television by auditioning for ABC’s rebooted American Idol. Before her audition, the show included clips of her infamous performance, including some of the crowd’s reaction, which was not good.

Grace revealed that after her mega-viral national anthem performance, which has been compared to Roseanne Barr and Christina Aguilera’s memorable renditions, she made a dream board for all the things she wanted to do when she was older. One of those things was to audition, and maybe win, American Idol.

She brought the dream board into her audition to show judges Luke Bryan, Katy Perry, and Lionel Richie just how long she’s wanted this. She jumped into her original song titled “Yard Sale,” and each of the judges looked like they were enjoying it.

After her final note, the three judges complimented her on her skill as a songwriter before asking her for one more song. She then performed Khalid’s “Young, Dumb, and Broke,” which solidified her advancing to the Hollywood Rounds.

Watch her incredible redemption audition below.