By Miranda Raye on April 3, 2017
Advertisement 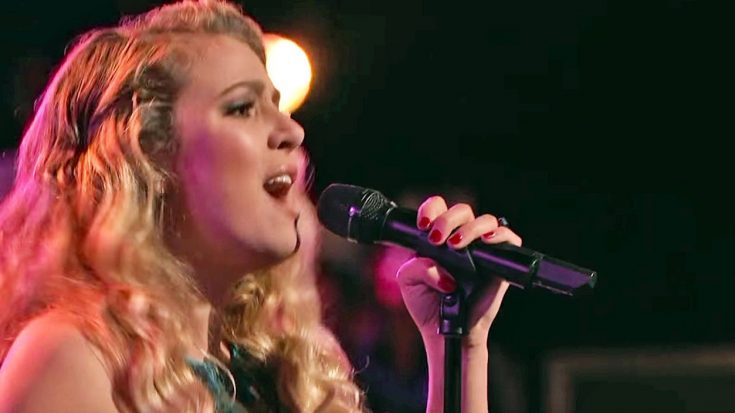 The Voice is all set to kick off its competitive knockout rounds on Monday night (April 3). While the knockouts are somewhat like the battle rounds that come previously, there is a difference.

Since the knockout rounds are one of the most intense part of the competition, The Voice decided to give viewers a little taste by releasing one knockout early. The showdown was between Ashley Levin and Lilli Passero, both members Alicia Keys‘ team.

Levin opened up the knockout with her version of “Fancy.” Written and first recorded by Bobbie Gentry, the song soared to iconic status once Reba McEntire recorded it in 1990.

Anyone who’s heard “Fancy” before knows that it is a challenging song to sing. This is something that Keys acknowledged, saying how hard it is to tackle the song when it has so many words and such strong emotions.

But Levin managed to handle it beautifully. She started by singing softly, showing off the lower end of her range. She allowed her voice to get louder as the song progressed, and delivered the chorus with a burst of power and soul.

The coaches were all impressed with Levin’s performance, including Blake Shelton. “That interesting thing about Ashley is that rawness, that loose cannon when she performs,” he said.

Passero also received great praise for her stunning rendition of “Tears Dry on Their Own” by Amy Winehouse. After that, Keys knew she had a tough choice to make.

We’ll have to tune in to The Voice when it airs to see who wins! In the meantime, watch the knockout between Levin and Passero below. Then let us know who you think the winner should be.