By Jennifer Pernicano on November 16, 2017
Advertisement 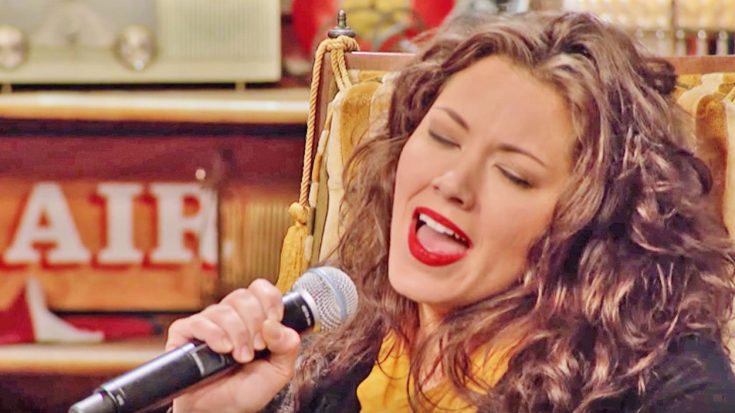 You may not know country singer and stage actress Mandy Barnett’s name, but after seeing her undeniable talent, you’re going to remember it forever. Throughout her career, she has released nine albums between 1996-2021 and has charted three singles on the Billboard country charts. In 2021, she was invited to join the Grand Ole Opry.

While appearing on Country’s Family Reunion in 2005, Barnett covered her idol Patsy Cline’s signature song “Crazy,” and had quite the accomplished audience surrounding her. She was sitting directly next to Charley Pride, near Jeannie Seely, and behind Bill Anderson, just to name a few!

Barnett’s voice sounds eerily similar to the late country legend, which comes as no surprise after you find out that she has been singing Cline’s songs since she was a kid.

Barnett actually has a close connection to Cline, other than being one of her biggest fans. She starred as the country legend in the biographical musical Always…Patsy Cline, a role she originated in 1994, when she was just 18 years old, and has reprised it many times over the years.

Everyone in the room looked thoroughly impressed with her incredible version of the classic tune, which completely blew us away. Watch Barnett’s stunning tribute below.